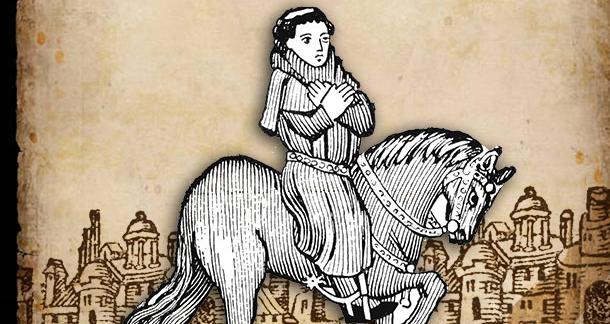 I’m sure many people remember the first time they laid eyes on Geoffrey Chaucer’s The Canterbury Tales. And now, over 600 years later, the series of stories are being reworked to be told through the eyes of refugees in Britain, reports The Guardian.

Originally written in the 14th century, writers such as Ali Smith, Chris Cleave, Patience Agbabi, and Marine Lewycka have joined forces to create a modern version of Chaucer’s popular works. The anthology consists of The Lorry Driver’s Tale by Cleave, The Detainee’s Tale by Smith, The Dependant’s Tale by Lewycka, and The Refugee’s Tale by Agbabi. The reboot is backed by the refugee charity Gatwick Detainees Welfare Group and is due for release on June 23rd by Comma Press.

The charity is responsible for pairing writers with refugees, culminating in a walk from Dover to Crawley, and those authors who participated debuted their stories to large audiences before they were collected by Comma Press. That same walk will be duplicated during July, this time with the trail ranging from Canterbury to London, and will debut a collection of updated Canterbury stories from authors such as Jackie Kay and Kamila Shamsie.

Shamsie has some powerful words to justify the retelling as well:

We hear so many of the wrong words about refugees—ugly, limiting, unimaginative words—that it feels like a gift to find here so many of the right words which allow us to better understand the lives around us, and our own lives too.

Are you going to offer equal time to opposing views? Since when is this a lefty PAC?

And, they're not a "charity," they're an exploitative, unimaginative PAC. They have an agenda, and it has NOTHING to do with the public good. (Will they be including all the religious material from Chaucer, or making everything nice & Hipster atheist? I'm guessing the later, the effing PHONIES.) They don't even realize that by exploiting their pet (photogenic, crime-record free...) immigrants as Chaucer's characters, they're actually ridiculing them. Do they really not get that CT is a satire? WTF!!!?

I sincerely hope that no religion or god is mentioned, not even once, so you can feel smug in your argument that it's a giant conspiracy and people are after your religious quackery.

They're creating something. Let them create. You want it to be another way, you fucking do it. I mean, I know religious people are good at creating things, like justifications for the hate in their book.

This is free hacking tool,and it is 100% perfected working skin generator fortnite now get the more about basic info.