Charlaine Harris To Pull The Plug On Sookie Stackhouse Series 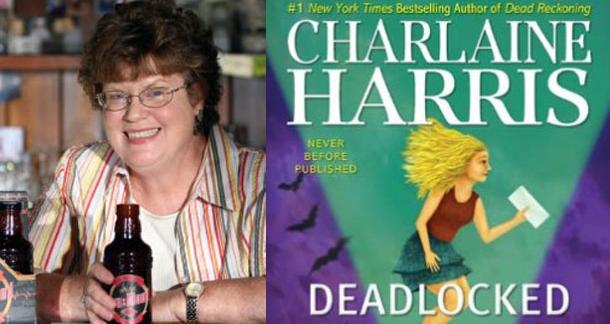 Charlaine Harris has announced via Facebook that the Sookie Stackhouse novels--which provide the basis for the HBO series True Blood--will come to a close next year. Dead Ever After, the 13th book in the series, will be released on May 2, 2013, and serve as the final installment.

Harris has previously hinted that the series would be coming to a close:

I think it’ll be total closure. I don’t go back to things once I’ve finished them. That’s kind of what I do. I don’t want to write Sookie after I get stale.

I haven't read the books, but I genuinely love True Blood, an absurd show that gets more batshit every season. I hope they never stop making it.

Has anyone read the books and want to weigh in? Are you sad now?

I've read all of the books, just finished Deadlocked today, and I'm extremely sad that the series is ending. It's such a fun series and the adventures Sookie winds up in never get old.

I LOVE the books, but it's a good time for the series to end. I'd rather have it end while I still look forward to what will happen, than have it continue and not be interested anymore because the storyline got stale.

The show is cheesy but fun, I didn't like the books though. Between True Blood and Game of Thrones, that is all HBO has going for it. Until Oct. When Dexter, Walking Dead and American Horror Story return, True Blood shall fill that dark slot in my psyche.

I really love the Sookie series, and I was so sad to see this headline! At the same time, I'm glad that Harris is choosing to end the series on a high note, not many books after she should have.

Fans of True Blood may or may not like the books - the HBO series takes a sharp departure from the novels in both plot and characters. A big difference is the fact that the novels are told exclusively from Sookie's point of view. I didn't start reading the books until I had watched the first season of True Blood, and I was pleasantly surprised to find a wealth of material waiting for me. The next time you need a Bon Temps fix, give the books a try.

Mary Layton from North Carolina is reading The Wise Man's Fear by Patrick Rothfuss May 15, 2012 - 8:00am

Love the books, love the show!  I'm a bit sad the books will be ending, but like others (and Charlaine herself) have said - it's good they're ending before they get stale.  Since the show is such a departure from the books in many ways, I'm sure they'll keep that running as long as they can!

I love Charlaine Harris and her writing. I prefer the books to the True blood, but quite frankly she should have stopped a couple of books ago. At ComicCon 2009 she stated that book 13 was the last one and I am glad to see that she stuck true to her word. She already seems a little bored with the series.

I'm looking forward to seeing what's next for Ms Harris