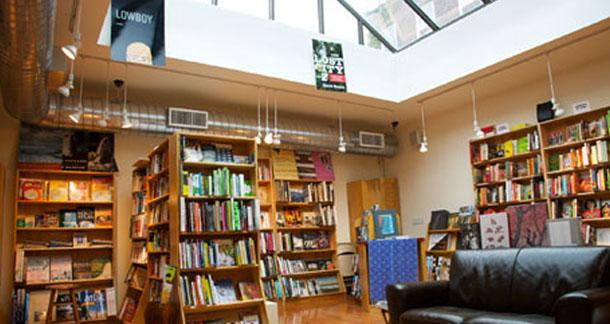 Although the claim that Brooklyn is the center of the literary universe has been contested in the past, there is no doubt that the second-largest borough in New York City certainly isn’t short of a decent bookstore or two. However, according to The Village Voice, BookCourt is the best.

The family-owned store, which has been in business since 1981, is a firm favorite with readers in Brooklyn’s Cobble Hill neighborhood. Known for the diversity of its inventory and knowledgeable staff, BookCourt has hosted readings and events with some of the biggest names in literature, including Jonathan Franzen, Jennifer Egan, and Emma Straub. Pulitzer Prize-winning author and MacArthur grant recipient Junot Díaz is scheduled to make an appearance at the store next week.

The Voice also cited the lack of elitism found in many independent bookstores as a reason for naming BookCourt as the best of 2012. A recent tweet stating “Considering putting a sign on the register that says: 'I am not judging you for buying 50 Shades of Grey. Please stop looking so ashamed” certainly seems at odds with the common perception of many indie bookstores.

So, Brooklyn-based readers, what do you think? Is BookCourt the best in the borough? What makes an indie bookstore great?