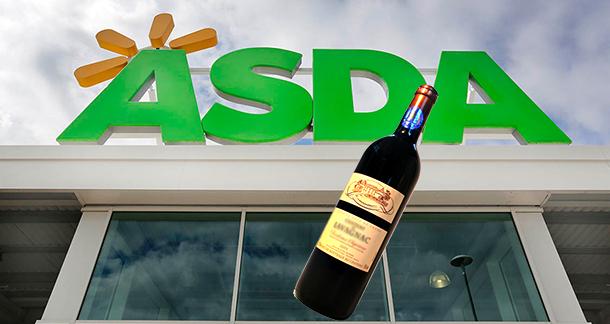 As authors, we all know how painful a bad review can be. While some of us sit back and take the high road, choosing not to respond, others take … a less advisable route. Such was the path of British writer Richard Brittain, who stalked down and attacked a teen girl who gave his book a bad review on Amazon, reports Gawker.

Brittain had posted his self-published book The World Rose on Wattpad, claiming on his blog that the work was first met by widespread praise—and then later complaining about poor ratings from “idiots” and “teenagers.” Paige Rolland was one of those reviewers. In her summation of The World Rose she panned the entire book, saying, “As a reader, I’m bored out of my skull and severely disappointed in what I might have paid for. As a writer (albeit an amateur one) I’m appalled that anyone would think this was worthy of money.”

Rolland even went on to state that Brittain was well known on WattPad for threatening users who didn’t appreciate his work—a reputation that would soon prove to be true. Upon reading Rolland’s review, Brittain stalked her through Facebook, discovered where she worked, and traveled 500 miles to the Asda supermarket to confront her. He then snuck up from behind and bashed her over the head with a full bottle of wine. Rolland was knocked unconscious and suffered a gash to the skull.

While Brittain pled guilty to the assault this past Monday, it has also been discovered that this was not his first offense. The World Rose, in fact, is based on his infatuation with another woman he stalked, the events of which were described in a blog post he titled “The Benevolent Stalker.”

What does the LitReactorVerse have to say about responding to bad reviews? How would you go about replying to negative criticism?

Well in this case (while obviously the author in this context is worse)--barring in mind this particular review is pretty tame, consider that a lot of goodreads reviews post the authors addresses to stalk them online as well.

My empathy is limited to this context for this reason. I hope she is able to heal from whatever medical issues she sustained. How I would handle a bad review? Ignore it, don't pay attention to it. ... Normally there are worse things than reviews.

But that doesn't give the goodread's (or Wattpad's) reviewers the license to make a big drama seen like ones that would probably use this case as a pretext to harrass authors like myself.

Again, a lot of the video game scene has more mature game developers and reviewers by comparison of which I now prefer to associate. Seriously, it's like both literary authors and book reviewers act like a bunch of kids sometimes. Someone has to say 'no more cookies for you.'

This is a fairly old story, happening only weeks after the events of Hale VS. Harris, another author stalking a reviewer.

The answer is always DO. NOT. RESPOND. to reviews.

The argument that reviewers are somehow accountable to make reviews this way, or that way, or professional or not talk about the writing at all, or only mention positives is simply bogus.

How many times have you gone to a movie, a restaurant, etc., and kept your opinions strictly professional and non-offensive? Very rarely. Yelp! is just another review site, but the reviewers there don't get nearly the same visceral reaction that authors sometimes give literary reviewers. It's a, frankly, stupid double standard. Readers are allowed to respond in any way they want, using any words they want.

Once you hit publish, your story is no longer yours.

edsikov from New York by way of Natrona Hts PA is reading absolutely nothing November 13, 2015 - 9:35am

Gee, and I thought I was over-sensitive! This is why I never read reviews of my work. As my very wise agent says, "No good review is ever good enough, and every bad review is unreadable."