Brian K. Vaughn Hired to Adapt "Under the Dome" 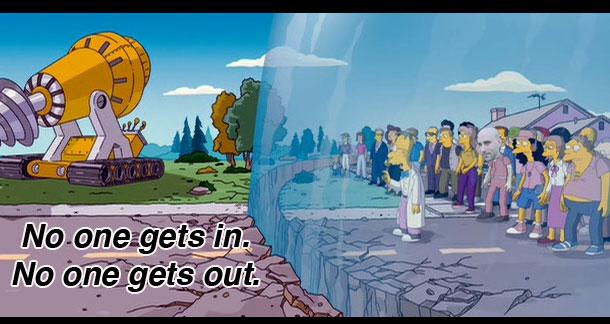 It was reported back in August that Stephen King's Under the Dome was getting the ol' small screen treatment, but it's only just been announced that Brian K. Vaughn (Y: The Last Man, Runaways) has been hired as the project's main scribe.  The Eisner Award-winner was also one of the principal writers on a little show (maybe you've heard of it) called Lost. The dude definitely has some credentials.

Here's they synopsis for Under the Dome for the unfamiliar:

On an entirely normal, beautiful fall day, a small town is suddenly and inexplicably sealed off from the rest of the world by an invisible force field. Planes crash into it and rain down flaming wreckage. A gardener’s hand is severed as the dome descends. Cars explode on impact. Families are separated and panic mounts. No one can fathom what the barrier is, where it came from, and when—or if—it will go away. Now a few intrepid citizens, led by an Iraq vet turned short-order cook, face down a ruthless politician dead set on seizing the reins of power under the dome. But their main adversary is the dome itself. Because time isn’t just running short. It’s running out.

Steven Spielberg holds the rights with King serving as one of the executive producers.  Considering the aforementioned, along with this being a Showtime project, and it won't be long until some major acting hops on the bandwagon.

Now where the hell is that Dark Tower series?