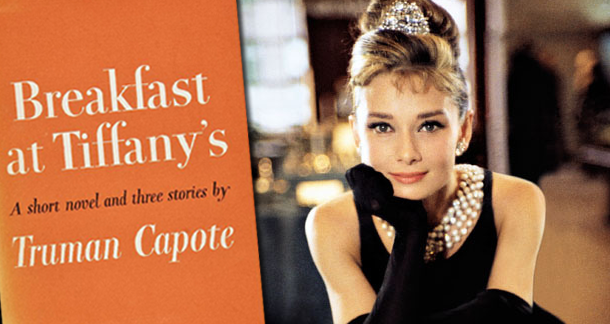 What’s in a name? As Shakespeare said in Romeo & Juliet, “a rose by any other name would smell as sweet." But authors often struggle to find the right name for a character — get it wrong and face ridicule or worse, ignominy. (The one that still makes me giggle is Jo Nesbø's detective ‘Harry Hole’ which everyone seems to ignore.)

Even great writers have this problem. A rather critical name change has come to light with the impending auction of Truman Capote’s original hand-edited 84-page manuscript of Breakfast at Tiffany’s. That of his main character.

The author’s annotations are on every page, though none is as striking as the alteration he made to his heroine’s name: Holly Golightly, later famously played by Audrey Hepburn, was originally christened “Connie Gustafson”.

Apparently Capote crossed out “at least 150 instances” of Gustafson and inserted its replacement.

What?!? Seems like a very prudent change in retrospect — I can’t see Connie Gustafson having the same draw as the now iconic Golightly. But is that just an opinion tainted by familiarity with the character, both through the book and the Audrey Hepburn movie? Possibly, but Gustafson just doesn’t roll off the tongue like Holly Golightly.

Connie Gustafson is OK. I can think of worse - Enid Smith? Fanny Cummings?

Jo Nesbø gets annoyed with journalists sniggering about that name. In one interview he pointed out that in Norwegian it's pronounced 'Hooluh' (as in hula hoop). Didn't really improve matters.