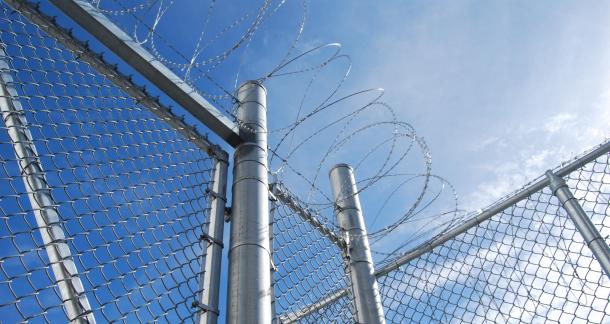 New restrictions on books for prisoners has caused an uproar in the UK.

A group of big-name authors, including Mark Haddon, Philip Pullman, Julian Barnes, and Carol Ann Duffy drafted and signed a letter asking UK Prime Minister David Cameron to reconsider a policy that prohibits sending books to prisoners. The policy has come into play in an attempt to stop the smuggling of drugs into prisons, but the writers feel that it is misguided.

Cameron responded to the letter, saying that it is too difficult for prison staff to thoroughly check large numbers of packages coming into prisons, that every prison has a library and that prisoners are allowed 12 books each in their cells.

Which seemed like a pretty decent response. Until the ironically-named Frances Crook, chief executive of the Howard League for Penal Reform, took apart the arguments, piece-by-piece:

Staff cuts and overcrowding means that many prisons are now operating with only one prison officer to 150 inmates, so it is disingenuous to suggest they have time to take prisoners to the library...Whilst he says prisoners can have 12 books, if they own them they are not permitted to swap them with someone else, as this is a punishable offense, so they have to keep the same 12 books for the whole of their sentence. And if they borrow one from the library they have to put one into storage never to be retrieved until they are released. The rules are incredibly petty.

Crook also pointed out that the number of suicides in U.K. prisons has risen to three a week, and that keeping books out of the hands of prisoners is "just plain cruel."

The aforementioned Howard League sent justice secretary Chris Grayling a copy of Crime And Punishment in protest, and others are encouraged to do the same. If you're interested, the Howard League recommends sending the book to the address below.

I'm only published in ebook format but I'm tempted to do a one-off print run so I can send a few copies to some prisons. Either that or I'll send the The Count of Monte Cristo in protest, or the Stephen King anthology with 'Rita Hayworth and the Shawshank Redemption' in it.

Come to think of it, I wonder what the policy is on prisoners having an e-reader.

Community Manager
helpfulsnowman from Colorado is reading But What If We're Wrong? by Chuck Klosterman August 13, 2014 - 11:25am

That's an interesting question. I poked around just a little, and it looks like there are a lot of different policies on ereaders. A lot of it apparently has to do with internet connection or computer use privileges. Also, (and this might be just a U.S. thing) there are some issues with the way money is spent as the prisons sort of try to maintain their own economy. Also, some prisons have strict content restrictions, so I guess there's worry that prisoners would be able to download whatever they want.

But I agree, I think ebooks are an interesting way to boost the prison library.