Booker Prize 2012 Longlist: Out With The Old In With The New 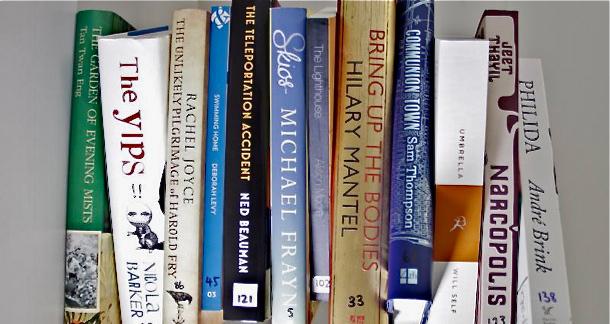 The longlist for the 2012 Man Booker Prize is either a breath of fresh air or a slap in the face for the old guard. Notably absent from the list are presumed shoo-ins such as Zadie Smith, Martin Amis, John Banville and Ian McEwan. In their place, four debut novels, three small independent publishers, and only one previous winner, Hilary Mantel. Sir Peter Stothard, chair of judges, said, "We did not set out to reject the old guard but, after a year of sustained critical argument by a demanding panel of judges, the new has come powering through.”

The Prize—awarded every year since 1969 to a citizen of the UK, the Commonwealth, or the Republic of Ireland—boasts a £50,000 prize, but the publicity, sales, and prestige are the true rewards. Howard Jacobson, 2010 winner, explains the consequences of winning in this video:


This year's longlist features nine British authors, one Indian, one South African, one Malaysian, and zero Canadians (snubbed, eh?). The nominated authors range in age from 27 to 77 years old. The twelve-book list will be whittled down to a six-book shortlist on September 11, and one winner will be announced on October 16. This year's selections are:

How many have you read and what do you think of the judges' choices?

Interesting indeed. I've read two: The Yips, and Bring Up the Bodies.

Joshua Chaplinsky from New York is reading a lot more during the quarantine July 26, 2012 - 7:22am

That Will Self book sounds good, but unfortunately it hasn't been released in the states yet.

What, no Americans? My bloated sense of entitlement  has taken a devastating blow. (Seriously, I wish all the best of luck.)

Americans are excluded from the prize. It's a Brit thing. I've only read "Bring Up the Bodies," and it was great--sequel to last year's winner, "Wolf Hall."