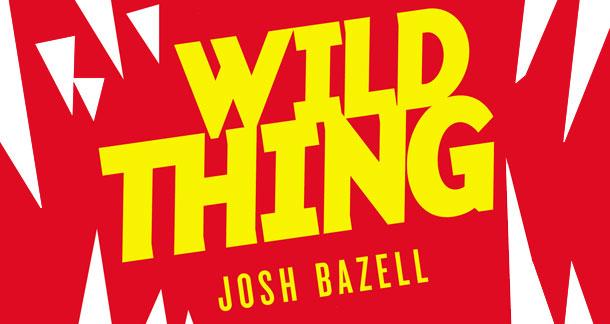 Dr. Josh Bazell, he of Sorry You Asked fame, is back with a sequel to his medical mob yarn, the wildly popular Beat The Reaper. It's called Wild Thing, and sees ex-hitman Peter Brown learning some new tricks while trying to avoid some old familiar faces.

It's hard to find work as a doctor when using your real name will get you killed. So hard that when a reclusive billionaire offers Dr. Peter Brown, aka Pietro Brnwa, a job accompanying a sexy but self-destructive paleontologist on the world's worst field assignment, Brown has no real choice but to say yes. Even if it means that an army of murderers, mobsters, and international drug dealers-not to mention the occasional lake monster-are about to have a serious Pietro Brnwa problem.

Here's how this is gonna work:

We have two copies of Wild Thing to give away. To be eligible, all you have to do is FOLLOW US ON FACEBOOK (if you haven't already) and, in as few sentences as possible, tell us your worst experience involving a doctor (in the comments of the Facebook post about this giveaway). We'll pick our two favorites (ie: most horrifying) and announce the winners next Monday. So start uncovering those repressed memories and good luck!

Wild Thing comes out February 8th, from Reagan Arthur Books. You're gonna want to be all caught up by the time Beat The Reaper hits HBO.

When I was working out-of-town, I shattered my left index finger in a freight elevator door.

After waiting for 3 hours at the hospital, having an intern bring in an IV, leave, set up the IV, leave, get called away while he was inserting the IV needle, and come back to finish the job swearing in frustration, I waited some more until a doctor finally came in. He told me that he was afraid to operate and have my finger fall to pieces, so I should go home and arrange for surgery with someone there.

Another time, I had an anaesthesiologist get called out of the operating theatre, so he left the anaesthesia delivery device in my urethra until he returned about a half an eternity later.

Joshua Chaplinsky from New York is reading a lot more during the quarantine February 6, 2012 - 8:09am

Class Director
Rob from New York City is reading at a fast enough pace it would be cumbersome to update this February 6, 2012 - 8:29am

This is SUCH a great book. Everyone ever should enter this contest.