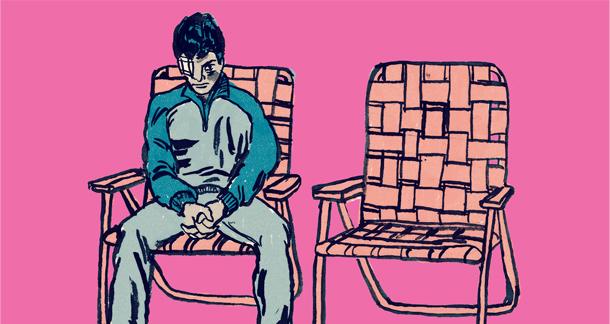 Here at LitReactor, we like Two Dollar Radio a lot, so when cool things happen for them, we love to talk about it. And as it happens, they've got a couple of cool things happening right now, specifically within their micro-budget film division.

We first reported on this offshoot of the indie publisher's business back in 2013, and since that time they've already released one film, I'm Not Patrick (and yeah, we reported on that one too). Thus brings us to our first update—the comedy is now available to rent or purchase from their website ($2.99 or $5.99, respectively). You can also pick up I'm Not Patrick from Amazon in digital formats, with DVDs set to arrive in late August. Here's the trailer again, in case you missed it the first time around:

Secondly, production just wrapped on a new film called The Removals, a thriller from director Nicholas Rombes. As a means of spotlighting Two Dollar Radio's film efforts, The Columbus Dispatch published a lengthy piece titled "Thanks to technology, huge budgets aren't needed to reach a big screen." The article, by Terry Mitchell with a wealth of photos on the set of The Removals by Fred Squillante, highlights the broader movement of micro-budget filmmaking, highlighting I'm Not Patrick's $3,000 budget.

For Two Dollar Radio and other filmmakers, this de-emphasis on monetary spectacle goes hand in hand with a push toward originality and innovation. As a recent TDR newsletter states,

The last thing the world needs is more independent movies with actors hopping around in front of green screen, with the same formulaic storylines. We aren't trying to re-invent the wheel, just jazz it up a bit.