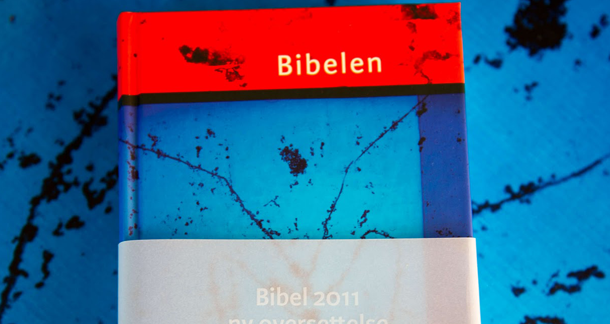 This is not something I expected to see in the 21st Century: people rushing out to buy the Bible. Yep, it’s true; a new Norwegian translation of the book that has sold more copies than any book ever has been in the top 15 bestsellers’ list for 54 out of 56 weeks; jockeying with authors like James Nesbø, Ken Follet, E. L. James and Per Petterson.

The new translation by the Norwegian Bible Society has taken a lot of people by surprise, not least because it’s popular with non-Christians as well. The Society asked literary writers including Karl Ove Knausgaard, author of A Death in the Family, to take part in the work alongside experts in Greek and Hebrew. Dag Smemo thinks this is why the book is so popular, saying:

It's always a very touchy issue, doing a new translation of the Bible... People say they like it the way it is. But we had a very thorough procedure, involving authors and poets, secular people and believers, and discussing the whole translation word by word, so there is not only a good translation of the Greek and Hebrew but also a very good flow of the Norwegian language. People are saying that it's very good, and we are seeing this from both conservative groups and more secular groups. It's definitely not only Christians buying it. It's atheists too – people are saying the Bible is important for us, for our culture, and for the nation.

Anna Veiteberg, director of publishing at the Society agreed, saying the translation was “closer to modern Norwegian” and closer to the original texts in terms of “style and poetry”.

Well, that’s all right, then. For a moment I was worried it was down to all of the recent end of the world prophecies! Who knows? Maybe it’s time to revisit the English version now the King James is over 400 years old.

Joshua Chaplinsky from New York is reading a lot more during the quarantine December 21, 2012 - 9:59am

When I was grabbing the ISBN # for this I found this great 1 star review of the Bible:

Far too pornographic for a Christian home! October 6, 2012
By Mrs. Betty Bowers

I simply refuse to poison my Christian children's precious minds with lascivious tales of daughters getting their father drunk and having sex with him (Genesis 19:30-38) - or harlots lusting after penises that are the size of donkeys' (Ezekiel 23:20). It is, however, excellent for cracking nuts and slapping bottoms.

This is good news. I am in favor of it.

Oh Norway, mother of black metal: you never fail to amaze me.

Dwayne from Cincinnati, Ohio (suburbs) is reading books that rotate to often to keep this updated December 22, 2012 - 3:43pm

The various Bible wiki projects, and the Message translation are both working on making more readable English version of the Bible.