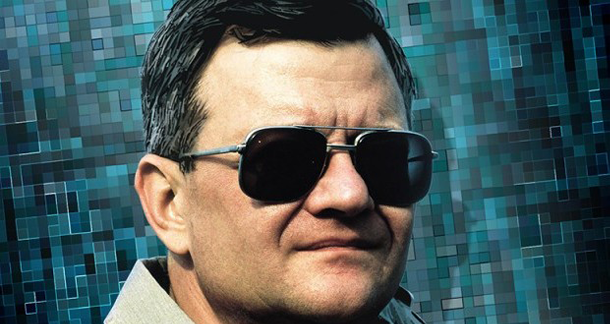 Tom Clancy, the novelist behind some 17 New York Times best-sellers, died Tuesday in John Hopkins Hospital in Baltimore after a brief illness. He was 66.

A former insurance salesman who majored in English at Loyola and wrote in his spare time, Clancy’s debut novel The Hunt for Red October was a ground breaker in many ways, and is “frequently cited as one of the greatest genre novels ever written”. It also got him in trouble as readers in the military thought he had access to classified material. But he always claimed he got his information from reading technical manuals, military books and by interviewing submarine experts — and he didn't want to know classified details.

"I hang my hat on getting as many things right as I can,” Mr. Clancy once said in an interview. “I’ve made up stuff that’s turned out to be real — that’s the spooky part.”

Red October became a hit when President Ronald Reagan described it as “my kind of yarn”. Talk about a celebrity endorsement! It also became a box office success starring Sean Connery as the Soviet submarine commander. Clancy didn’t rest on those laurels, however, and continued to write another 19 books, many centered around his CIA expert Jack Ryan. The books and subsequent movies and video games captivated audiences with a mix of witty dialogue, good pacing and storylines that suck you in. But Clancy said none of his success came “easily” and had this advice for writers:

"I tell them you learn to write the same way you learn to play golf,” he once said. “You do it, and keep doing it until you get it right. A lot of people think something mystical happens to you, that maybe the muse kisses you on the ear. But writing isn’t divinely inspired — it’s hard work."

Clancy’s “fast-paced espionage using high-tech tools” has influenced TV series like 24 and Homeland, not to mention the highly successful video games built around his ideas. His influence will be around a while and this isn’t the last we’ve seen of Tom Clancy, as his last book, Command Authority and a new movie, Jack Ryan with Chris Pine as Ryan, are both due out in December.