Ben Affleck Cast As Batman In Man Of Steel 2 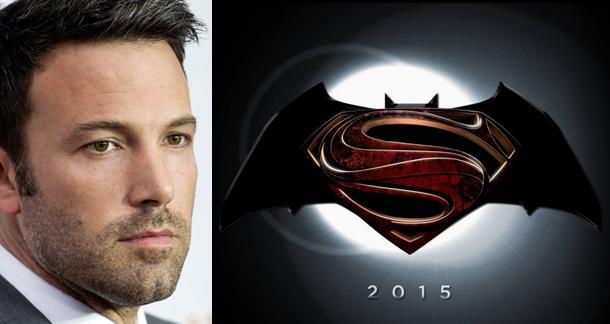 It's official: after numerous names were bandied about Hollywood and the internet, we have our new Bruce Wayne/Batman, and the choice may raise an eyebrow or two. It's Ben Affleck, the man who made a big splash with roles in School Ties, Dazed and Confused, Chasing Amy, and Good Will Hunting, then became a bit of a joke for a while (Gigli's mainly to blame for that), then enjoyed a resurgence with Gone Baby Gone, The Town, and Argo (all of which he also directed). Warner Bros announced Affleck yesterday in a press release, reprinted by SlashFilm here:

The announcement was made today by Greg Silverman, President, Creative Development and Worldwide Production, and Sue Kroll, President, Worldwide Marketing and International Distribution, Warner Bros. Pictures…Silverman stated, 'We knew we needed an extraordinary actor to take on one of DC Comics’ most enduringly popular Super Heroes, and Ben Affleck certainly fits that bill, and then some. His outstanding career is a testament to his talent…'

Ben provides an interesting counter-balance to Henry’s Superman. He has the acting chops to create a layered portrayal of a man who is older and wiser than Clark Kent and bears the scars of a seasoned crime fighter, but retain the charm that the world sees in billionaire Bruce Wayne. I can’t wait to work with him.

Of course, this isn't the first time Affleck stepped into a pair of tights to portray a superhero, but most of us prefer not to discuss Daredevil.

So what do you think? Is Affleck a good choice? Personally, if someone had asked me who should play Batman, I don't think he would have popped into my mind, but then again, neither would have Michael Keaton, and that turned out pretty well. Ditto for Heath Ledger as the Joker.

Dwayne from Cincinnati, Ohio (suburbs) is reading books that rotate to often to keep this updated August 23, 2013 - 8:25am

What are they stealing in this movie?

Joshua Chaplinsky from New York is reading a lot more during the quarantine August 23, 2013 - 8:55am

Yeah, it was unlikely I was going to like "Man of Steel" 2 anyway, given my feelings for the first Snyder installment, but this certainly doesn't help matters.

Affleck is a good director and he's turned into not a bad actor in "exactly the right circumstances"...Batman isn't one of those circumstances.

Joshua Chaplinsky from New York is reading a lot more during the quarantine August 25, 2013 - 5:13pm

Gone Girl better be one of those circumstances.