Behind The Scenes With Lansdale's 'Hap and Leonard' 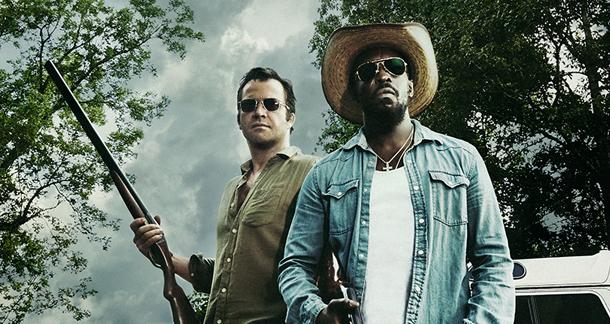 SundanceTV has released a behind-the-scenes preview of the upcoming Hap and Leonard, a six-episode series based on Joe R. Lansdale's dynamic duo.

But who are these guys?

From the Hap And Leonard collection:

Hap and Leonard have never fit the profile. Hap Collins looks like a good ’ol boy, but his liberal politics don’t match. After a number of failed careers, Hap has found his calling: kicking ass.

Vietnam veteran Leonard Pine is even more complicated: black, conservative, gay...and an occasional arsonist. With Leonard on the job, small-time crooks all on the way on up to the Dixie Mafia had best be extremely nervous.

Add in Christina Hendricks (Mad Men) and Jimmi Simpson (It's Always Sunny In Philadelphia, House of Cards), and it looks like we've got a pretty good series on our hands.

Shotgun Do Your Stuff: A Joe R. Lansdale Primer