Before The Overlook: Warner Bros Exploring The Shining Prequel 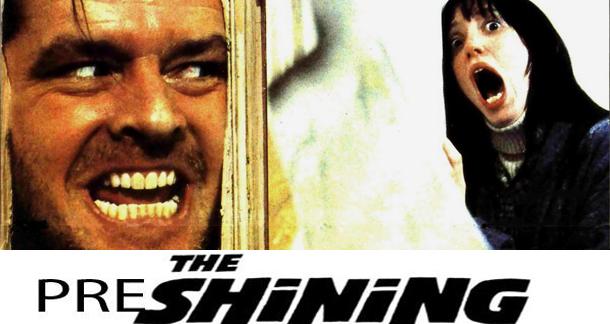 Via The LA Times:

With the sequel Dr. Sleep ready to drop next year, and the documentary Room 237 recently screened at Cannes, the big brains at Warner Bros are mulling over a prequel to The Shining for the big screen.

The film would focus on what happened before Jack Torrance, his wife, and their psychic son arrived at the haunted Overlook Hotel and things went nuttier than squirrel shit. A WB spokeswoman doesn't want us to get too excited though, cautioning that any prequel was at a very early stage and not even formally in development.

Without King on board as a writer (or anything, really), it's tempting to mutter obscenities and shake your head at this potential cash-grab. The credits of the screenwriters currently attached include Shutter Island, Zodiac, and the recent Amazing Spider-Man, so it could be a great movie—or it could suck unholy. As long as Michael Bay keeps away from this one, we should be off to a good start.

edsikov from New York by way of Natrona Hts PA is reading absolutely nothing August 4, 2012 - 7:53am

Maybe the three of them could go to Disney World?