Batman Vs. Superman Vs. ... Wonder Woman? 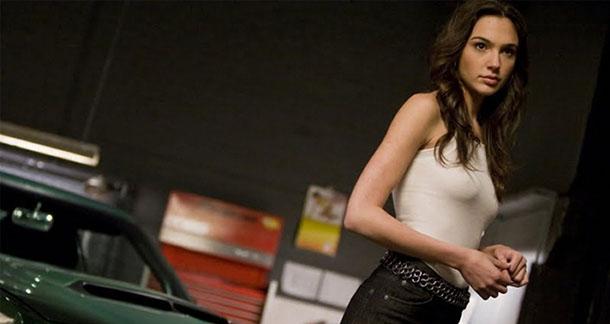 Israeli actress Gal Gadot has been cast as Wonder Woman in Zack Snyder's upcoming Batman/Superman movie that I'm having a hard time mustering up any interest in seeing.

There have been rumors the movie would somehow include Diana Prince, a.k.a., Princess Diana of Themyscira. And, given the climate, this isn't surprising. Superhero movies have been finding a female audience (though more on the Marvel end). And Catching Fire (which oh my god is fantastic) is a big blow against the belief that a woman can't open an action movie.

But, you know, I don't want to be too down on this—Gadot could end up being amazing—but the optics are weird: She's a model and 2004 Miss Universe contestant with limited acting experience (she's appeared in a few movies, including three installments of the Fast & Furious franchise). Wonder Woman is a feminist icon and an Amazon princess. It's a role that requires a mix of gravitas and strong ass-kicking ability.

Are they casting this based on acting chops or appearance? Gadot served two years in the Israel Defense Forces, so maybe she can kick some ass... but she was also conscripted to serve.

The as-yet-untitled film is scheduled for July 17, 2015. Now there's a rumor that The Flash may appear as well, so I wonder how long until DC just settles on calling it Justice League. They may as well. This whole thing feels less like they've got a good idea and a plan, and more like they're chasing the box office numbers of The Avengers.

What do you think, ladies? Is this a win for strong female characters on screen? Is Zack Snyder the director with the vision to bring Wonder Woman to the film?

Who would you have cast instead? I say Christina Hendricks. Think about it. She would be perfect.

Well, to be fair, everyone in the IDF is conscripted, it's part of their citizenship requirement. The female Israeli soldiers have a hardcore reputation, though we wouldn't know if she were an exception to that. I think she looks a little small to be Wonder Woman but I haven't seen many photos of her, if any, before now.

Has Christina Hendricks played any roles that include a physical component (no Mad Men jokes, please...haha)?

Percy Dlamini from South Africa is reading Everything is Illuminated, The Time Traveler's Wife, The Shadow of The Wind December 5, 2013 - 3:56am

I'm no lady, but I belive she's too small, and I don't think 'Amazon Princess', when I look at her. Wonder Woman is more than that though. anyway, If it's anything like The Avengers, I won't complain.

Moderator
Utah from Fort Worth, TX is reading Lonesome Dove by Larry McMurtry December 5, 2013 - 6:37am

I am very much a lady, and I agree:  her breasts are too small.

Rob, were you serious about Catching Fire being fantastic?

Class Director
Rob from New York City is reading at a fast enough pace it would be cumbersome to update this December 5, 2013 - 7:11am

I'm not so much concerned with how she looks. I just feel like for an Amazonian princess who's the equal, and maybe better, of Batman and Superman, you need someone with gravitas. And Snyder's rep with strong women on screen is not great.

Maybe Gadot will knock it out of the park. I'm rooting for the whole thing. But I'm also not optimistic. Wonder Woman is a great opportunity to bring a strong female character to the screen. It's important. There's a whole generation of little girls who deserve this. It's not fair that boys have so many superheroes that represent them and girls have Black Widow, who was good in The Avengers but still, a bit player in the grand scheme.

And yes, I loved Catching Fire.

^Kudos to you Rob.

I only saw the first Fast and the Furious movie so if Gadot wasn't in that one, I've never seen her acting skills. In terms of appearance, I could see her as Diana if she put on a little more meat. I agree with Percy, she looks a bit too petite right now to be an Amazon Princess.

I can't think of anyone in particular that I would personally want to see play WW but I think I'd like for her to be an unknown. If I saw a Lindsay Lohan or Megan Fox casted, I might vomit a little...or a lot.

Dino Parenti from Los Angeles is reading Everything He Gets His Hands On December 5, 2013 - 12:32pm

Agreed that if he can pull off a presence that works, then she'll be fine and be accepted by fans. Heath Ledger was not a popular choice at first. That said, if Man of Steel is any indication, is it going to matter? I think we're missing the boat here; Gal Gadot or Christina Hendricks, or whomever--ZACK SNYDER IS STILL DIRECTING! People were worried this was going to suck when they cast Affleck as Batman, but that's like whining about the choice of upholstery when the car's still got a Yugo engine under the hood. He's a hack-and-a-half who should stick to commercials and music videos. Sorry, but his sense of human nature and how to capture it on film is staggeringly sad. He's all flash. I really would love to see a well made, solo Wonder Woman movie with a solid director at the helm, but I worry that they're already diluting the rest of the Justice League characters before they can even get off the ground.

Dwayne from Cincinnati, Ohio (suburbs) is reading books that rotate to often to keep this updated December 5, 2013 - 11:58pm

@Dino - Yeah, pretty much what you said, although I think that Ben Affleck was a horrible choice even for him.

I hope she does horrible.  Like Arnold Schwarzenegger as Mister Freeze bad.  I'd rather just see the whole thing just bomb horribly since there is no way they'll get it right.  Sooner and harder it hits bottom, sooner they'll reboot.  Maybe with a good director.