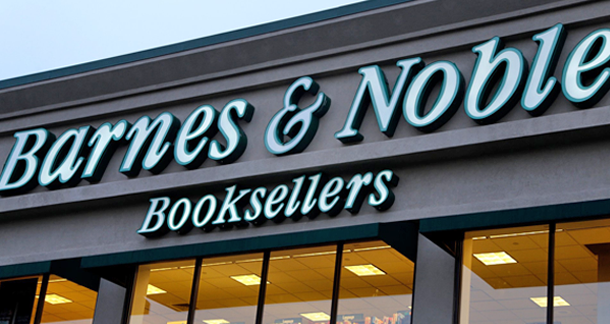 How was your holiday season? Good? Better, I hope, than it was for Barnes & Noble. The last of the chain bookstore giants spent November and December getting its teeth kicked in.

According to Publishers Weekly, numbers were down across the board:

Holiday sales for the nine-week period ending December 28 fell 6.6% at Barnes & Noble’s retail segment and tumbled 60.5% in its Nook division. The sales decline in the retail division, which consists of B&N’s trade stores plus BN.com, was attributed to a 5.5% drop in comparable store sales as well as store closures. What B&N terms "core” bookstore comps—which exclude sales of Nook products—dipped 0.2%. Total sales in the retail division were $1.1 billion in the holiday period with the juvenile, gift, and toys & games categories the strongest performers.

None of that is any good. Most distressing is the Nook numbers, which is Barnes & Noble's best chance for competing against the sales juggernaut we know as the Kindle. That decline counts for both hardware and software—so a lot of it has to do with the fact that they're not putting out new tablets.

This comes on top of the closure of the Barnes & Noble at 105 Fifth Avenue. Granted, it only sold trade and college textbooks, but Manhattan real estate is as much about perception as it is sales. Luckily, the nearby Union Square Barnes & Noble will remain in place, which is great, because when you're anywhere near Union Square and you have to pee, their bathroom on the third floor is a great option.

The company's new CEO, Michael Husbey, who previously led the Nook division and was appointed to the company's top seat earlier this week, said that "[we] are pleased with our holiday sales results.”

Which clearly in no way is true, but hey, it's important to stay positive.

So what does this mean for Barnes & Noble? Shrug. Bloggers keep writing the company's obituary and it's still around.

How does this news strike you? Is Barnes & Noble a dinosaur on the verge of going extinct? And what do you think the company could be doing better?

You can always count on B&N when you need to pee.