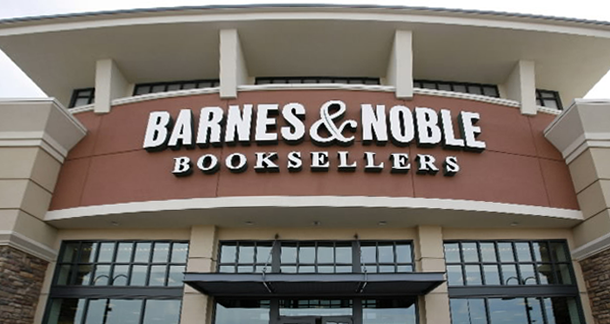 After disappointing holiday sales, particularly of its Nook eReader, Barnes & Noble seems to be struggling: there have been a rash of store closures across the U.S.

Before Christmas, stores that should have been gearing up for the holidays seemed to be out of stock and just biding their time. According to this article on the Melville House site, if Barnes & Noble gets out of the brick and mortar game, that would mean the closure of some 1,362 stores.

For a couple of years I’ve been predicting in column after column that B&N was going to get out of the brick-and-mortar business of selling books, but seeing it finally kick into high gear was no fun. If you include the company’s college stores, this is going to mean 1,362 bookstores disappearing from the American landscape — less than two years after 686 Borders stores disappeared.

Regardless of your take on independent vs. chains, this isn’t going to be good — all those closed stores means about half the bookstores in the U.S. are gone.

Sure, the indies will reap some benefit, but they’ve never had the buying power of a national chain, so the cost of books in real stores goes up, which-- you guessed it-- pushes buyers even more toward online sources for their books. The knock-on effect is that buyers without physical bookstores nearby won’t be able to see what they want to buy when they get home, meaning sales of eBooks could be affected, too.

I don’t know that it’s a bad thing for the giants to get a reality check now and again, but the loss of another bookstore does pain me.

This is the most depressing news I've heard in a long time :( .

<-- But, hey, at least my avatar is happy about something. (My beaming grin must be because of the dramatic drop in "Twilight" sales.)

I'm not a huge fan of B&N, but I do shop there. The retail space for the all of the Borders in my town are still sitting empty. They're these massive, dark spaces with empty windows. If B&N goes out of business then we won't have a regular bookstore in my town. We will have a handful of used bookstores, but they don't carry any new merchandise. Some of those have folded up recently too. But I live in a state that has one of the highest (if not the highest) unemployment rates in the country. We also don't really prize education or reading in my state. Who needs education when you can work at a casino?

This news both saddens and scares me.

Oh, don't close your stores. Just keep them. Hire one employee and leach of the starbucks partnership. Steal the TJ max's electric.