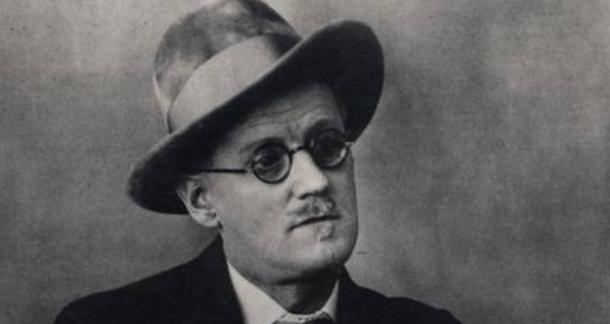 Misquotes happen all the time — there've been some doozies over the years, some of which have made it into the popular psyche like Dorothy's alleged quote in The Wizard of Oz: "I don't think we're in Kansas anymore, Toto." (She actually says "Toto, I've a feeling we're not in Kansas any more.")

Still, most misquotations are rarely set in anything more permanent, until now. This week, the Bank of Ireland released a €10 (about $13) commemorative coin in honor of James Joyce's Ulysses, which includes a quote from the book on the back. And it's wrong by one word. The quote is from the third chapter and is taken from a scene where Stephen Dedalus, one of the main characters, walks along Sandymount Strand in Dublin.

They've minted 10,000 coins in the series and don't actually seem to think it's much of a problem. A statement released by the Bank states that "while the error is regretted, it should be noted that the coin is an artistic representation of the author and text and not intended as a literal representation". And they're not alone as Mark Traynor, manager of the James Joyce Centre, said the author "embraced errors", finishing up with

It also just goes to show, Traynor added, "that – even after the cessation of copyright on Joyce's major works – you still can't reproduce a couple of sentences without causing a bit of scandal".

Are misquotes necessarily evil? While the pedants might think so, I don't know. It was suggested that purists could scratch the offending word out with a penknife - and deface the currency at the same time. Who knows, maybe it'll make it more collectible.