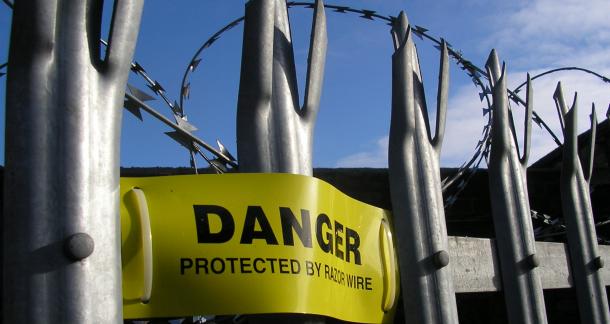 Each year the American Library Association releases its list of frequently challenged books, commonly known as the Banned Books list. 2013's list just hit the internet, and it's a mixed bag of surprise and no surprise at all.

Topping the list is a perennial contender, the Captain Underpants series, which has been corrupting the youth of America for over a decade now, warping minds with villains such as the Purple Potty People and Wicked Wedgie Women. It also teaches kids knock-knock jokes that result in saying "I'm a pile of poo." The humanity.

After taking a few years off, Toni Morrison's The Bluest Eye has made a reappearance on the list. It contains sex and some language, and perhaps most puzzling is that it is listed as being "unsuited to age group" despite the fact that it appears to be geared towards adult audiences. So far, no alternate cover featuring teen heartthrobs with stylized hair and motorcycle jackets.

Fifty Shades Of Grey makes the list, no big surprise. Although the listed reason of "nudity" is an interesting test of artistic theory as we're talking about descriptions of fictional characters' fictional nudity. Ceci n'est pas une pipe, indeed.

We almost made it through this year's list without having a book banned for "homosexuality." We get all the way down to number 8, Stephen Chbosky's wonderful The Perks Of Being A Wallflower before we find a book frequently challenged because it contains, on some level, the idea of homosexuality. Maybe next year.

Take a look at the list for yourself. See what you think. Are we growing as a people here? Is it reasonable to ban a book because it's not right for its proposed audience? Which books are maligned unfairly?

I was going to say perhaps The Bluest Eye was being challenged because it is often taught in schools, but then I saw that Fifty Shades of Grey was also listed as "unsuited to age group" and I'm pretty sure the internet would explode if a high school teacher tried to teach that in the curriculum. So... hmm. And the rest of them just prickle in general. Ugh.

I've read almost none of those. Interesting to see that Bone is contentious, though. Never heard that was controversial.

And guess what? I buy those books anyway. Yea very effective strategy there.

Those parental watchdogs? Yea they don't actually care about their kids, they have them read the friggin Old Testament. That has more overt blood and guts than any other book I've read.

Community Manager
helpfulsnowman from Colorado is reading But What If We're Wrong? by Chuck Klosterman April 16, 2014 - 6:18pm

Personally, I found the presence of Tango Makes Three from the late 2000's to be the most disheartening.  It's a picture book about two male penguins who had a relationship and successfully took care of an egg together.

I'm also really mystified by the presence of Bone.

The ALA annual list is faked and it harms the LGBT community.  Sounds harsh but what do you call it when you whip up a controversy and claim the LGBT community as the victims when they are not?  I published a recording of an ALA listed author essentially admitting her book was on the list for political, not truthful reasons.  Anyone can hear this for themselves.  And Tango Makes Three about supposed gay penguins finally fell off the list after I exposed that ALA was faking the numbers, 4 incidents all year all across the USA being called "dozens", for example.  And when you fake discrimination against gays, it results in increased discrimination and suicide.  That's what ALA does--fakes discrimination against gays, harms the LGBT community.  All for show.

Community Manager
helpfulsnowman from Colorado is reading But What If We're Wrong? by Chuck Klosterman April 19, 2014 - 8:48am

I hope you don't mind that I dug up the article and am linking it here.

The numbers for challenges are fairly low, no disagreement there. Although there are two important factors to consider here (this is an industry insider perspective, so it may be a bit biased one way or the other and my experiences may not be typical or indicative of libraries as a whole):

1. Many libraries don't report challenges to ALA, and this isn't a requirement of any kind. In addition, I can tell you that many, many library users might bring up the fact that they are upset about materials, but they make a verbal complaint that's resolved on the spot or that they don't choose to escalate. So knowing the hard numbers is very, very difficult.

2. The term "challenge" is a bit difficult in that what one person considers censorship another might not. For example, lots of libraries moved Tango into a different section of the library in order to head off trouble early, some even moving it to areas accessible only by adults.

I think, however, I agree with the core of what you're saying. It's a bit irresponsible for ALA to present the list as hard fact when it's less concrete than they might have us think.