Baboons Can Read; 'Planet Of The Apes' Imminent? 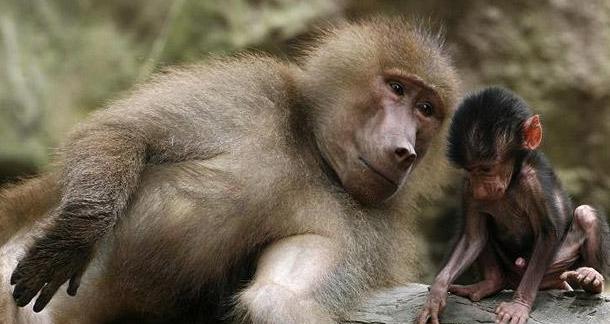 Baboons are developing the ability to read? Well, of course they are. How else do you account for the popularity of Twilight?

Kidding. Baboons can't actually read. But according to a new study, they can differentiate between random combinations of letters, and actual words--which means "reading's early steps are far more instinctive than scientists first thought."

More, from the Associated Press:

It's still a far cry from real reading. They don't understand what these words mean, and are just breaking them down into parts, said Grainger, a cognitive psychologist at the Aix-Marseille University in France.

In 300,000 tests, the six baboons distinguished between real and fake words about three-out-of-four times, according to the study published in Thursday's journal Science.

Thanks, science. It's only a matter of time now. I, for one, welcome our new monkey overlords.

Once they've fully grasped how to read they'll just wonder why we bother writing and reading all these books instead of urinating into our own mouths all day.

Joshua Chaplinsky from New York is reading a lot more during the quarantine April 16, 2012 - 8:16am

edsikov from New York by way of Natrona Hts PA is reading absolutely nothing April 16, 2012 - 8:48am