'Avengers: Age of Ultron' Trailer Is Here, And It Is A Thing of Glory 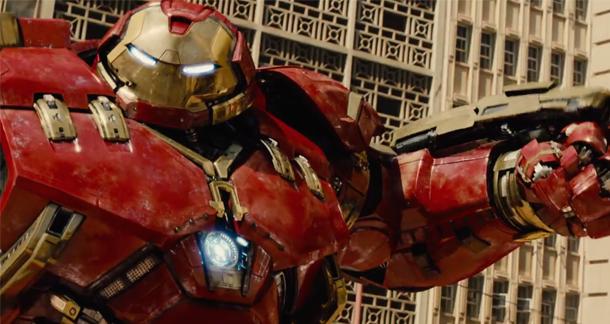 I know we're a little late to the party on this (I think 90 percent of my Facebook feed last night was this trailer) but still, c'mon. This thing. I woke up worried it was all a wonderful dream. But it was not. HULKBUSTER ARMOR!

The first trailer wasn't due to be released until next week, when it would air during an episode of Agents of S.H.I.E.L.D. But some website leaked a low-res, pirated version, so Marvel leaned into it, first tweeting this...

... And then releasing the trailer, so we can watch it in glorious hi-definition.

I think I've watched it 20 times. I'm not even kidding. A couple of points worth noting.

There is only one thing that sucks about it: That part where it says the film isn't coming out until May.

Now if you'll excuse me, I am going to watch this trailer a hundred more times.

Super stoked for this.

I do feel bad for DC though.  I don't really have a side in the whole DC vs. Marvel thing - I want them all to do well - but at this point, BvS could be amazing and I think loads of people are going to hate it just because they spent a year and a half looking forward to doing so.  Hell, most people already hate it.

Class Director
Rob from New York City is reading at a fast enough pace it would be cumbersome to update this October 23, 2014 - 12:10pm

I'm trying not to pre-judge it, but Man of Steel is a movie that I intensely despise. I grew up on Superman and think it's such a betrayal of the character that it makes me angry. Said differently: It's a Superman movie I wouldn't feel comfortable showing a child. That's fucked up.

DC is married to a mopey, super serious, sad sack aesthetic. So, while I'm not going to pre-judge, I also have zero faith in it being any good.