Author Terminated By Penguin Over Contract Breach Picked Up By Amazon 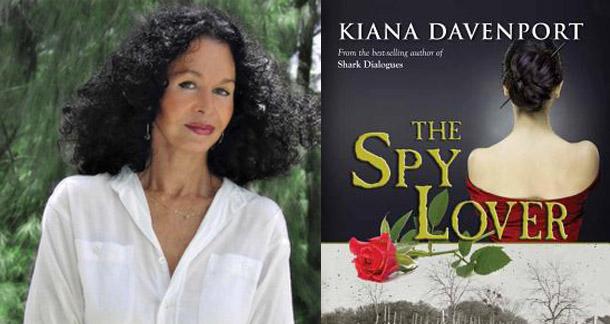 Kiana Davenport signed a publishing contract with Penguin for her novel, The Spy Lover. While waiting for the book to come out, Davenport self-published a collection of stories at Amazon. She informed her agent and Penguin of the book's publication--but that didn't stop Penguin from terminating her contract after the collection was released.

She recounts the experience in a really interesting essay up at The Huffington Post:

Nonetheless, Penguin contended that I had materially breached the publishing agreement with them. That I had 'violated the next work presentation,' the 'no-compete provision,' and the option clause in our agreement. Based on my 'material breach' they terminated the agreement and demanded payment of the $20,000 partial advance paid to date for the work. Until then, they were holding my manuscript hostage.

The Author's Guild took up her case, but they didn't have the resources to fight Penguin, so Davenport paid back the $20,000 partial advance. A few other publishers offered to pick up the book, but she declined because they were "still offering the same outmoded book contracts, 15-page theses written in micro-script that befuddled authors and kept us ignorant and infantile."

Instead, she signed with Amazon's Thomas & Mercer imprint. While she expresses some disappointment at not getting into bookstores, she's happy to be with a publisher offering a clear contract, higher royalty rates and more flexibility.

This is sort of the new paradigm of the publishing industry in microcosm--a Big Six publisher does something to make an author unhappy and Amazon swoops in to save the day. Yes, Davenport violated her contract, but if she did inform Penguin about the collection of stories, why didn't they object before it was published?

Who's in the right? What do you think?

Make no mistake: I think she made the right business moves for herself at the end of the day, but it seems based on your article, and based on her essay from the Huffington Post, and then based on her blog, that Penguin’s in the right. The author breached her contract and Penguin’s right to terminate it. Bottom line is she either didn’t read her contract, or her agent didn’t, which is another point for me: Never mind the publisher objecting—Why didn’t her agent object beforehand? Both Penguin and the Agent didn’t respond to her plans when she notified them?

She says they went ballistic after the fact, but then she also says in her blog how they gave her a chance to rectify the situation before actually terminating the contract.

She also has this to say which makes no sense to me: “Wether I was right or wrong, I could not legally challenge a corporate giant like Penguin. In the end, I would accept their termination, repay their advance, and try to move on with my life.”

Why? Why couldn’t she challenge them, especially if she's in the right? People can’t sue anymore? Having worked for a "corporate giant" myself for 10 years, I can tell you that people do it all the time. Individuals. You either have a case or you don't. And she wasn't broke. She had 20gs, apparently unspent and ready on hand to give back if I'm reading correctly.

Even still, forgetting her decision to fight in court for a moment, why would she think to even notify Penguin or her agent before releasing the collection if she was doing nothing wrong in her eyes? So she’s releasing a novel through Penguin, and then a completely separate collection independently, which has nothing to do with Penguin or the novel she was set to release through Penguin. So why notify them at all? Unless she knew there might be trouble, which proves she had to know on some level that there was a potential breach of contract.

She also goes on to talk about her deal with Amazon in great length, and how outdated the business models of the Big Six are, as far as contracts go, leading me to believe that this was all just a way out for her. Her blog talks about her contract with Penguin, too. It seems that she realized after signing with Penguin that she had signed a bad contract and might do better in the long run with Amazon, so she breached her contract, paid the advance back to retrieve her manuscript (which seems to be the real reason she didn’t want to fight in court), and went with Amazon which is what she wanted at the end of the day.

Nothing wrong with that, and certainly nothing wrong with her argument about the Amazon model vs. that of the Big Six. But to play dumb or to play victim seems to be more of an integrity issue, or a means to maintain some credibility, and this news of her contract and fight with Penguin (or lack of) seem to be an attempt at gaining publicity for her work and Amazon, which she’s apparently succeeding in doing.

Penguin may have been unaware of her self-published book until after it was released. Sometimes things happen slowly. Perhaps she sent an email informing Penguin about her book and no one ever got around to reading it.