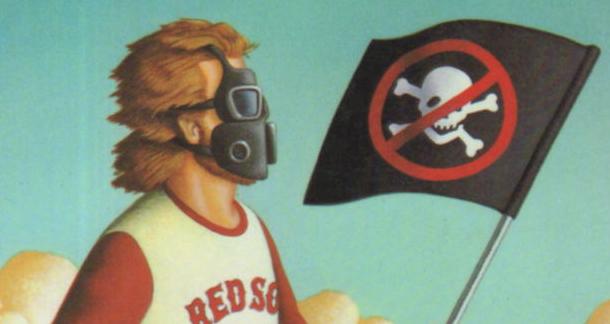 Magic Leap, "a developer of novel human computing interfaces and software," has captured a lot of big names and big interest in 2014. In February, they put out a press release celebrating the milestone of raising $50 million in venture capital. In the ten months that followed, their fundraising has ballooned and reached over $540 million, including money put forth by none other than Google.

While a tech company getting big bucks isn't a big story, what Magic Leap is doing with that money is.

For starters, they've announced the hiring of Neal Stephenson as Chief Futurist. Stephenson, who is well known for his tech trailblazing novels Snow Crash and Readme, had recently announced the folding of a gaming project titled Clang. Clang was alleged to make technological leaps, but was abandoned because it was "not fun."

Stephenson himself explains his visit with representatives from Magic Leap:

If you’re one of the seven billion people who haven’t read Snow Crash, I’ll explain that it has a lot to do with both virtual reality (VR) and augmented reality (AR). When I wrote it, it seemed as though those technologies were just around the corner. Accordingly, Snow Crash is set in a near-future world.

In practice, it has taken longer than just about anyone expected to get that kind of tech consumer-ready. The devil has turned out to be in the details of satisfying the amazingly finicky human visual system...So it was in an appropriately skeptical frame of mind that, a few weeks later, I traveled to what for me is the opposite corner of the United States. In a teeming, overcrowded hardware lab in a South Florida strip mall, I got the demo from Rony, the founder and CEO. Shortly thereafter, I agreed to become Magic Leap’s Chief Futurist.

Here’s where you’re probably expecting the sales pitch about how mind-blowingly awesome the demo was. But it’s a little more interesting than that. Yes, I saw something on that optical table I had never seen before—something that only Magic Leap, as far as I know, is capable of doing. And it was pretty cool. But what fascinated me wasn’t what Magic Leap had done but rather what it was about to start doing...

Where I hope I can be of use is in thinking about what to do with this tech once it is available to the general public. "Chief Futurist" runs the risk of being a disembodied brain on a stick. I took the job on the understanding that I would have the opportunity to get a few things done.

For more on just what this cloak and dagger (or cloak and "redneck katana" might be more appropriate) company is up to, check out this rundown over at Gizmodo.