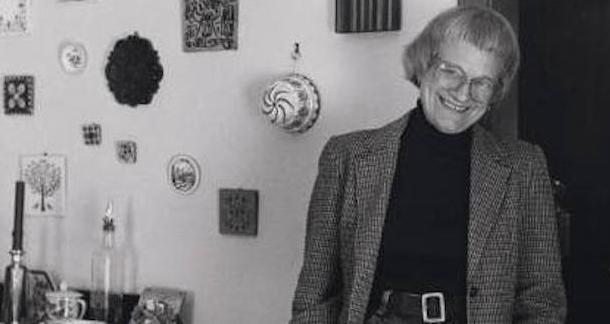 Nancy Garden, a lesbian author of young adult and children’s literature, has died of a heart attack at age 76. Garden was a tenacious advocate for young adults and fought tirelessly against censorship. In recognition of her efforts, she received the Robert B. Downs Intellectual Freedom Award in 2000.

Despite controversy, Garden’s LGBT novels were beacons of hope for teens struggling with their own identity. Her novel Annie on My Mind is the story of two teenage girls who find love through friendship and promise to be true to one another despite outside pressure from school and family. The American Library Association named the novel a “Best Book” and it was selected as the 1982 Booklist Reviewer’s Choice Award. Despite being over thirty years old, Annie on My Mind remains a beloved classic, and is still garnering awards today. The Golden Crown Literary Society awarded the novel the Lee Lynch Classic Award in 2014.

Garden leaves behind a legacy of love and acceptance. She says it best in her own words, a quote from Annie on My Mind, “Don’t punish yourselves for people’s ignorant reactions to what we all are. Don’t let ignorance win. Let love.”

I think she did Luna too, that was a great book.