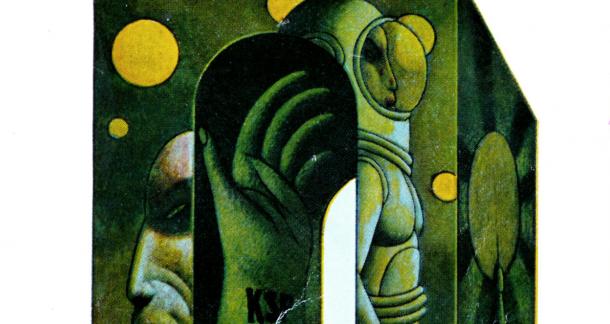 If you saw Interstellar last weekend and dug it, good news for you.

What's unclear at this point is the nitty-gritty. Number of episodes, which period or portions of Foundation will be covered.

What's undeniable is the impact Foundation had on the world of science-fiction.

Published beginning in 1942 as a series of magazine pieces, the writing was collected into three volumes: Foundation, Foundation and Empire, and Second Foundation. From there, Asimov's created universe blossomed. He wrote additional volumes, and a whole cadre of sci-fi authors were brought on board to fill in the timeline, including Orson Scott Card, Harry Turtledove, George Zebrowski, Greg Bear and David Brin.

Not to mention the number of times Foundation is listed as an inspiration to a wide variety of authors and thinkers. Douglas Adams' Hitchhikers' Guide to the Galaxy is a take on the idea of Foundation's fictional tome, The Encyclopedia Galactica. Economist and Nobel-Prize-winning author Paul Krugman lists Foundation as one of the inspirations that turned him towards economics. Would we have Futurama's holophonor, the 30th century virtuoso's instrument of choice, without Asimov's hard work? I think not.

One last thing. The Hugo Awards have given out an award for best all-time series. They gave out this award only once, and it went to Foundation. It beat out Lord of the Rings, which Asimov assumed would win. In fact, he thought the award was created to honor Tolkien's series.

Check out Foundation if you haven't already. If you have, then check out Westworld! I hope I'm not the only person excited for Westworld.

Foundation is a wonderful series, and not one I expected to enjoy as much as I did. Read it.