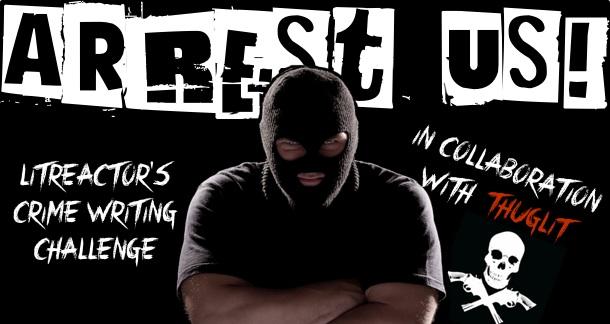 This summer, I'm working for the Boys and Girls club at my local school. I'm responsible for around 25 fourth graders every day, and it's partly my responsibility to plan events and make sure they have things to do. A couple of weeks ago, I tried to schedule a field hike to a local nature club by way of a scenic lake walking trail. I was excited. I planned it all out, set the time, and when the day came up, I announced it. And what happened?

"It's too hot. It's too far to walk. Can we bring cards? Hey, there's a turtle! I wonder if it can support my weight?" Then the lead supervisor ran out and told me en route that it actually was too hot to be walking, so I turned around, defeated, and had to watch the kids play Xbox during my planned field trip time.

Planning and executing a fun event is not easy. It takes time and a little bit of your heart to make it work, and I can tell you from experience that it's heartbreaking to watch an event fail. But that risk is offset by the amazing feeling of watching an event incite the passion of your participants and really take off.

Arrest Us is succeeding spectacularly. As of this post, we have had over 100 submissions, and I've seen more than one comment about the quality of the stories this year. In fact, over half of the stories have been rated at 75% or over! The battle for the top spots is fierce, and the names at the top of the stack seem to change constantly. This is anyone's race, and if you're enjoying it, you guys have yourselves to thank. Contests mean nothing without participation, and you guys all brought your A-game.

So what's the next step?

The submission window closes on July 1st, which is tomorrow. Call in sick to work, give the kids some silverware to play with (or whatever it is that children do), and finish up if you haven't already submitted. This is not only your last day to get your new work in, but it's also the last day to make any edits and correct any typos to the work you've already submitted.

Starting tomorrow, Arrest Us! becomes a read-only event. For the month of July, users will still be able to read and rate stories, so if you're late coming to the game, you'll still have plenty of time to receive feedback, and those who hold the top spots may still be bumped out at any time. If you're still waiting for more reviews, you can probably expect some increased traffic on your page in July, since nobody will be worrying about primping their own story anymore, and can focus more time on reviewing.

Let's recap the spoils, shall we?

First, there are grab bags from several awesome publishers that will go to our most productive reviewers. You don't have to be an experienced writer to produce good reviews, and last year, several newbie writers got prizes for their reviewing work. Remember, we're looking for quality reviews here; simply posting, "Good story" a hundred times isn't going to cut it. Look for ways to help the writer by telling them what they should keep doing, and what they should look to fix. Specificity is usually the key to producing good reviews.

Second, we have some celebrity reviewers who are going to be critiquing stories randomly chosen from the stories in the top 50% percentile of the submissions. Each reviewer will take only one story, so you can expect some good feedback. You don't have to be at the top of the pile; just beat half of the other contestants, and you're in the running.

Third, our grand prize is publication with ThugLit, which will go to three of the top-rated stories as chosen by the editor Todd Robinson. Since we are likely going to have a bunch of stories in the top spots, it'll be completely up to Todd as to which stories get selected. That means that even if you're on the third page, you still stand a chance of winning the grand prize, so give us your best work, and don't give up!

The take-away is that we have a ton of talented writers here, and we're not trying to identify the absolute best story in the contest. Instead, we're looking for a bunch of awesome stories, and choosing from those which will go on to win prizes. Ultimately, this means that even if you don't maintain a 100% on your story, you shouldn't lose hope. Give us your best, and we'll handle the rest of it.

What if I'm not in the top 50% of the submissions?

At this point, don't worry too much about it, especially if you don't have many reviews. I expect the number of reviews per day to spike once the submission window closes, so it's absolutely possible for stories to jump up in rank as all of our writers start reviewing their peers. Remember that the best way to get readers for your story is to leave good reviews on other stories, so if you think your story would benefit from more eyes, start reviewing!

Also, feel free to pimp out your story on the appropriately-named thread. It seems that many of our members are prioritizing stories by authors that take the time to market themselves, so it's definitely worth a shot.

What if I want to publish this story?

Contrary to popular belief, LitReactor really has no control over whether or not your story is considered "published." True, we're not sticking any of these stories in a magazine designed for popular consumption, but because this is a public contest, all of these stories can easily be accessed by anyone. That may make it difficult to get the story published with a professional journal, since few journals will want to pay for a story that can be accessed publicly. It's really all up to the publisher in question.

That being said, you're absolutely free to do whatever you want with the story. We're not holding any rights to it. If you can publish it, that's awesome, and you should let me know so I can brag about it to our readership. But most writers use this as a chance for a free workshopping session to hone their craft, and for many of the contestants, this is the first time that they've ever written a real short story and showed it to the public.

Keep in mind that if you enjoy the ability to post your stories for critique by talented writers, but want to keep the story safe from public eyes to maintain it's viability for publishers, you should definitely consider signing up for LitReactor's writing workshop. The format is pretty close to what we use for our contests, and many of our finest writers honed their craft in there, so you should definitely take a look if you feel this contest has helped you develop your skills.

Gee willikers, stop making me read so much. My eyeballs are threatening to secede from my face.

Fine. Get reviewing, and I'll see you in a couple of weeks.