Argument Over the Philosopher Kant Ends In Shooting In Russian Grocery 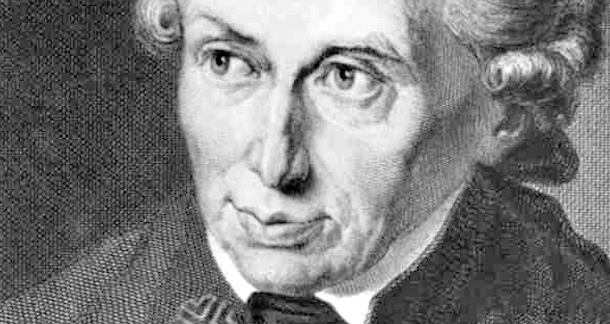 Now, I don’t know about you, but I don’t go to the grocery store to discuss philosophy. Like most men, I’m mission oriented: go get A then B then get the hell out. Not so for two armchair philosophy students in the city of Rostov-on-Don in southern Russia, where two men were discussing the work of Immanuel Kant, the 18th century German philosopher and author of Critique of Pure Reason. I say ‘discussing’, but they were arguing to the point where one shot the other. RIA news agency quoted local police as saying:

"In the course of the fight, the suspect took out a pistol firing rubber bullets and fired several shots at his opponent," [he] said, adding that one man was detained and the victim was taken to hospital. His life was not in danger.

Police don’t seem to know what the argument was about, leading Peter Thompson, a Guardian commentator, to speculate on the source of the argument — it seems unlikely to have been about Kant himself.

No one knows what the exact cause of the dispute was but it is hard to imagine murderous intent emerging from the categorical imperative, not least because it was designed precisely to prevent that happening. If human beings are "ends in themselves", as the saying goes, then the injunction to do unto others as one would have done unto oneself means that the shooter was pretty mixed up.

True, and although Russians like a good discourse on philosophy and history, “often over a drink”, maybe, as Thompson says, “... they were just pissed.”

They were probably arguing over the size of the steeple.

Dino Parenti from Los Angeles is reading Everything He Gets His Hands On September 18, 2013 - 11:01am

Unless the topic is football, Jesus, or the pro-and-cons of former tween heart throbs twerking on national award shows, guaranteed NEVER to happen in the states. Unless it's by two visiting Russian exchange students.

Dwayne from Cincinnati, Ohio (suburbs) is reading books that rotate to often to keep this updated September 19, 2013 - 8:56am

I hate you bots.

See, if it were Hegel, this never would've happened.