Are Tablets Too Distracting For Readers? Maybe, Says The New York Times 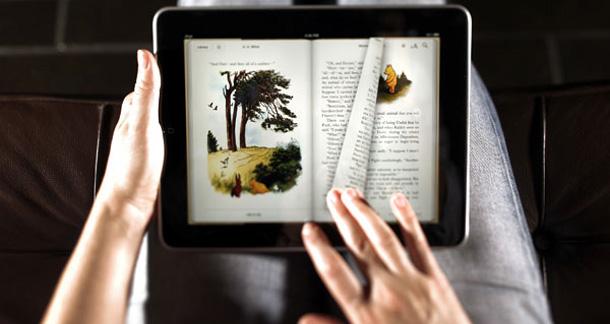 I love The New York Times. I know they're the final authority on all things journalism, and sure, they publish some very good stories... but sometimes they print stuff that's just adorable.

Like this: Finding Your Book Interrupted ... By the Tablet You Read It On.

The gist of the story is that tablets make it difficult to concentrate on the eBook you're reading because it offers up too many distractions. And I get the point they're going for. But it sounds a bit like it was written by an old man who isn't exactly sure what tablets are, but he's sure he doesn't like them.

For example, it postulates that a reader is at risk of leaving a book to look up a word on Google--the top of the slippery slope to distraction. Except the iPad looks up definitions within the reading apps. And then there's quotes like this:

“It’s like trying to cook when there are little children around,” said David Myers, 53, a systems administrator in Atlanta, who got a Kindle Fire tablet in December. “A child might do something silly and you’ve got to stop cooking and fix the problem and then return to cooking.”

Hmm. No. Reading an eBook is nothing like trying to cook when there are little children around.

Maybe I'm a little punchy because it's Monday morning and I'm only a few sips into my coffee. That's possible! So what do you think, LitReacters?

Are tablets too distracting? Or does a good book demand your attention enough that you're not tempted to blow it off for Facebook?

I sometimes think this. I'm glad my Kindle's browser sucks the way it does, otherwise I would succumb to internet-distracetedness quite quickly.

I actually think he has a point.

Keith from Phoenix, AZ is reading Growing Up Dead in Texas by Stephen Graham Jones March 5, 2012 - 9:57am

I've had an iPad for a few years now and I can attest that when I'm reading, I tend to zone out the other functions of the device. But then again, I don't have the attention span of a five-year-old.

With Kirk on that. I have the Kindle app on my iPad, but I never use it. Don't even think iBooks is on there, either. I like reading articles (such as this {what an asskisser I am} one) on the iPad. The Google-leading-to-distractions is valid; I suffer from it. It's about making youself focus. Thank the Lord for Adderal in these cases. Cheers.

amongthegoblins from North Carolina is reading Among Others, The Three Musketeers, Bindoff's Tudor England, and Les Sortceliers March 5, 2012 - 11:06am

I read on my computer all the time without getting unusually distracted. And I get distracted while reading paper books all the time. Life happens.

Dwayne from Cincinnati, Ohio (suburbs) is reading books that rotate to often to keep this updated March 5, 2012 - 11:20am

No joke, I have always wondered who actually read the New York Times.

I still read paper books but have no problem putting one down to look up a word I'm unfamiliar with or to see a picture of something mentioned in the book.  An e reader would actually help.  Too bad I enjoy reading in the tub.

amongthegoblins from North Carolina is reading Among Others, The Three Musketeers, Bindoff's Tudor England, and Les Sortceliers March 7, 2012 - 3:56pm

@Wayne I heard a solution to that! If you're not using a touch-tablet, you can put the reader in a zip-loc bag.