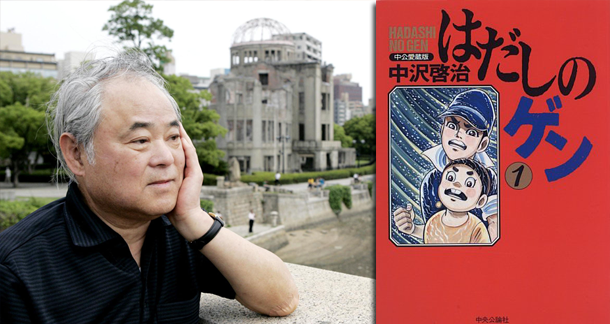 After recently restricting access to manga series Hadashi No Gen, or Barefoot Gen, Matsue school district in Japan reversed its decision on Monday. According to news reports, a lot of people were upset at the decision to virtually ban the books.

Japan's Asahi newspaper reports that "a flood of protests" has resulted in Matsue's education board retracting a request that schools must make children apply for permission to read the comics. Schools will now decide themselves whether or not to limit access.

The series originally appeared in Shukan Shonen Jump, a weekly magazine in 1973. It became a series of 10 comics created by author Keiji Nakazawa, who based the books on his own experiences of the dropping of the atomic bomb on Hiroshima when he was six. Coincidentally, Nakazawa died in December about the same time the restrictions went into place.

Also made into animated movies in the 90s, part of the reason for the ban was due to depictions of graphic violence.

Although Hadashi no Gen offers an anti-war message, it also contains graphic drawings of the atrocities committed by the Imperial Japanese Army, including rapes and beheadings of Chinese. Though the board’s decision was not unanimous, one member felt the series “escalates as it proceeds and starts to contain extremely violent sentences and graphics,” according to the transcript of one meeting.

I don’t approve of book banning, however much I may disagree with the content, and I plan to give this one a go when I can find a copy. Have you read Hadashi no Gen? Were they right to restrict children’s access to the book?

Joshua Chaplinsky from New York is reading a lot more during the quarantine August 28, 2013 - 6:06am

I've never read, but was recently in Hiroshima where they had a whole exhibit dedicated to Barefoot Gen at the Peace Musuem, complete with pages of original artwork. It does look pretty graphic for kids, but that doesn't mean it should be banned.

I live in Hiroshima, about a kilometer south along the Motoyasugawa River from where the author photo at top was taken. I've only read a handful of what would be called graphic novels, and this is a fantastic book. I cannot fathom how you would tell the story of a nuclear weapon being detonated just above a city center without veering into graphic violence. I'm sure the six-year old Nakazawa, along with every other child in Hiroshima that day, would like to have been spared gratuitous violence as well. They weren't, and trying to conceal what followed is daft. My 10-ten-year old daughter knows the book, and I'm fine with that.