Another New Trailer For Bret Easton Ellis' "The Canyons" 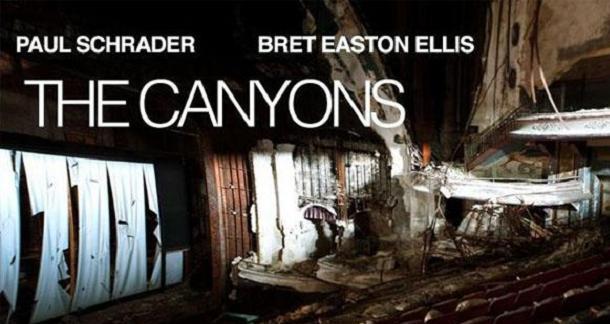 Here's another curve ball from all-time curve ball artist, writer Bret Easton Ellis. His upcoming movie project has another trailer, and once again it makes it almost impossible to get a good feel of what this thing's really about. While the first trailer was a "grindhouse" pastiche, this one is inspired by 1950's drive-in flicks, so it's quite confusing. I'll give them points for originality, though. Wikipedia has it pegged as a contemporary L.A noir and offers the following plot synopsis:

The Canyons is... about the dangers of sexual obsession and ambition, both personally and professionally, among a group of young people in their 20s, and how one chance meeting connected to the past unravels all of their lives, resulting in deceit, paranoia, cruel mind games and ultimately violence.

This is still rather vague and opens up the door to many possibilities. Lindsay Lohan, one of the most controversial Hollywood starlets-in-distress, is playing the lead role and reputable director Gus Van Sant is also playing an important part. Now, I don't know if it's a movie about moviemaking, or film or fame or whatever is talked about on Sunset Boulevard, but it seems to fit Ellis' whole Post-Empire thing. The movie was originally funded through Kickstarter for the considerable sum of $159,000, so obviously people are excited about this. I'm just not too sure how I feel about it yet.

Joshua Chaplinsky from New York is reading a lot more during the quarantine November 13, 2012 - 3:13pm

I think I'm finally ready to admit... this looks atrocious.

Wow...this just looks fucking awful. I really try to avoid being that guy that judges a movie based on a trailer...but wow...awful.

I supported the kickstarter, and I was looking forward to this, but it looks terrible.  Maybe Lohan from four or five years ago would work, because she wouldn't be a plastic-surgery-distraction, but this isn't five years ago.

Another reminder that I should really, really, unfollow Ellis on Twitter. It's not healthy to enjoy being outraged.

I thought about it -- and I have zero reason to stick up for this movie -- but there might be something to it. (Someone somewhere has probably mentioned The Hills.) We have The Hills, a reality-TV show about how swank youngsters swank it up, wherein the "real" speeches these people give come off like poor attempts at drama (or maybe the music in the background makes it feel like "drama.") And then we have The Canyons.

Is this a Funny Games-type play-with-your-expectations kind of thing? What if you watched a reality-TV show about domestic abuse? (And not one of those campy TLC-type things.) Surely the 50-60s stuff is not meant to make you think this is a Tarantino movie. The nature of celebrity: people on reality shows aspire to be raked over the coals like LiLo? Apparently they do. "Do you know what it's really like?" asks The Canyons.

Robert.B from Northern Ireland is reading The Last of the Savages By Jay McInerney November 13, 2012 - 7:05pm

Just from the trailer, the acting looks fucking awful.

Yeah um what's to explain? Looks like a filmed version of the stuff that didn't make the final copy of Imperial Bedrooms.

I'll take it for what it is, a b-list movie.