Andy Serkis To Direct And Act In Adaptation Of 'Animal Farm' 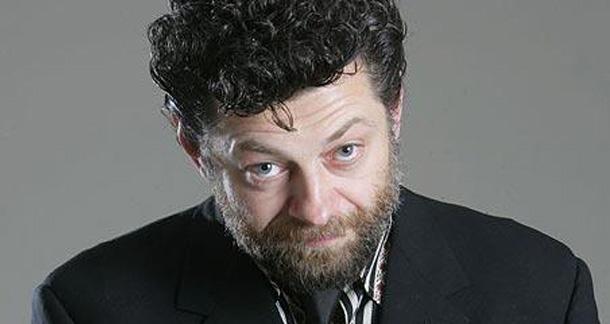 Andy Serkis--probably best known for providing the motion-capture performance for Gollum in The Lord of the Rings movies--will direct and act in an adaptation of George Orwell's Animal Farm. The film will be produced by the performance capture studio he co-founded, The Imaginarium.

Serkis is currently cutting his directorial teeth on Peter Jackson's Hobbit films, where he's not just returning as Gollum, but also serving as a second unit director.

But those expecting a sharp political satire may end up disappointed. According to The Hollywood Reporter, Serkis is looking to make a more family-friendly version of the story:

“We’re keeping it fable-istic and [aimed at] a family audience. We are not going to handle the politics in a heavy-handed fashion. It is going to be emotionally centered in a way that I don’t think has been seen before. The point of view that we take will be slightly different to how it is normally portrayed... we are examining this in a new light.”

The novella has been adapted for the screen twice before--there was an animated film in 1954, and a live-action television version in 1999. Both were criticized for sanitizing Orwell's themes.

Are you nervous about Serkis' take? Or do you think this is an opportunity to explore the book's themes in a way that's more accessible to audiences?

Dino Parenti from Los Angeles is reading Everything He Gets His Hands On October 23, 2012 - 9:35am

Hmm...I don't doubt that Serkis is up to the task of both acting and directing, but I think doing Animal Farm in any way that waters down the political aspects would be doing it a huge diservice. It's essentially literary sacrilege.

Marla_Eizik from Seattle, Washington is reading Lord of the Rings: The Two Towers, by JRR Tolkien, Sex at Dawn by Christopher Ryan and Cacilda Jetha, and Exit Music: The Radiohead Story by Mac Randall. October 23, 2012 - 10:45am

Bummer. Why can't Serkis make a different novel into a "family friendly" film? Orwell obviously didn't aim to please with this one, so why translate that message into a PG movie? I'm just confused. Crossing my fngers that it will work out.

"Snowball is gone!" Cut to close-up of bacon sizzling in frying pan.

My only worry is that they make it into three 3D movies. And all the horses have New Zealand accents. And Johnny Depp plays Napolean. Other than that, nice! It'll help book sales if anything.

The only benefit to making it "family friendly" is that I wouldn't have to have permission to show it to my class. If I chose to do that, we would have to view it and discuss how the changes altered the impact of the book's story. Unfortunately, I don't agree with watering things down to make it more fill-in-the-blank. Same thing always pissed me off about scary movies being made PG-13. Teenagers don't want PG-13. They want the R rated films that they can sneak into and be treated to nudity, sex, and horrific gore. Why would anyone want a watered down "family friendly" version of Animal Farm? That's not exactly a book or film I'd associate with a family night out at the cinema.

What makes Serkis think that US families can't handle Orwell's truth? We're already living it in the form of today's 1% vs. 99% society,

Movies realted to animal adoption might create a different situation in the country because this will be the latest and very presicious to everyone because it is done by the reputed and well known actor Andy serkis. Animal adoption is a very good and unique think also where as after this work being done you have to be consicious about the care of that animal which is not happening in the society. So I do think that this movie might create a different situation in the mind of people. Further details about the animal care briefly described at Emergency Vet chatsworth and you can also gather those to use.