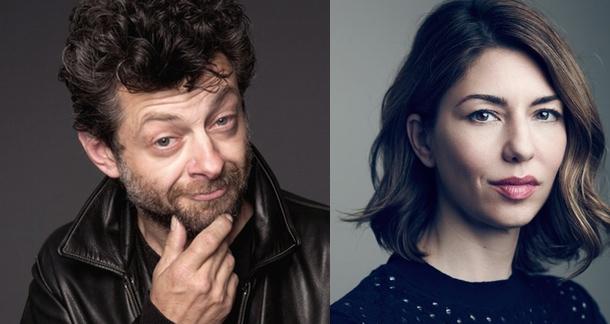 Some rumors floating around Hollywood point to two very interesting choices being made for the director's seat in two live-action versions of beloved animated classics based on children's literature.

The first and the most reliable rumor is that Andy Serkis, the acrobatic and transformative actor known primarily for his work as Gollum in the Lord of the Rings, has signed on to direct the upcoming Warner Brothers adaptation of The Jungle Book, according to The Hollywood Reporter. The film would be Serkis' directorial debut, although he has been behind the camera before, directing the barrel chase scene in The Hobbit: The Desolation of Smaug, a sequence that played out like the most exciting theme park ride ever. This announcement likely put's Serkis' adaptation of George Orwell's Animal Farm on indefinite hold. Whether or not Serkis will contribute any of his famed motion capture work to the film is unclear.

What's also unclear is why Warner Brothers would take on a version of The Jungle Book at this point, when Disney is already casting their own version of the beloved classic, with Iron Man director Jon Favereau in the director's chair and Idris Elba in the role of Shere Kahn, according to The Wrap.

The second rumor, which at this stage is very much just a rumor, is that Sofia Coppola, director of Lost in Translation and most recently The Bling Ring, has been approached to direct an adaptation of Hans Christian Anderson's The Little Mermaid, according to Deadline Hollywood. Coppola's luxurious, art-house style seems like a strange choice when placed against the all-singing, all-dancing version put out by Disney in 1989, but when you consider the original version's much darker subject matter, the choice of Coppola seems to make sense.

Neither Serkis' The Jungle Book nor Coppola's The Little Mermaid have announced any casting, so who would you like to see step into the shoes of both films' iconic roles?

I always find it odd when Hollywood does this. It is like the two Snow White films that came out around the same time. Of course, it goes beyond that. Friends with Benefits and No Strings Attached, Deep Impact and Armageddon, etc. etc.

Right now, I can't think of any casting choices. However, Idris Elba as Shere Kahn sounds so awesome. As for The Little Mermaid... I have no clue. It has always been one of my favorite stories, Disney or otherwise. The world described in the original fairy tale always struck me as breathtakingly gorgeous. Considering the story, the main actress is going to have to be capable of communicating clearly with her facial expressions. We will have to see the pain in her eyes when she walks on her new legs. She will have to show her love without saying a single word, and we will have to feel the heartbreak and resolution when she chooses death over killing the man she gave her heart to.

Has anyone given this article by Cracked a thought?

I saw something about Emma Watson being the Little Mermaid.