And The Winner of the 2011 Nobel Prize For Literature Is... 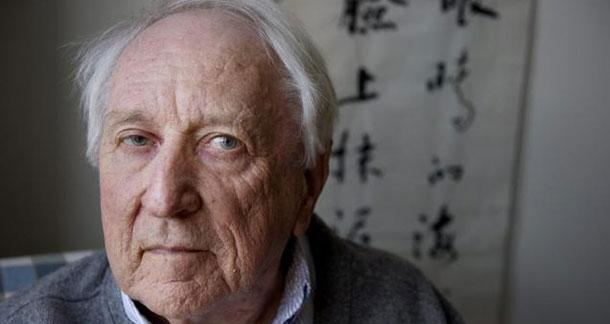 The 2011 Nobel Prize for literature was awarded today to Swedish poet Tomas Transtromer. (Don't feel bad, I've never heard of him either.) This was, according to the esteemed Nobel Committee, "because, through his condensed, translucent images, he gives us fresh access to reality." It is thanks to those translucent images that he is now $1.4 million richer, as well as the first Swede to be awarded by the Swedish Academy in almost 40 years, so no accusations of favoritism, please.

Wanna know the runners up? Too bad. There is no shortlist for the Nobel Prize. Nominations are made by "qualified persons" and then voted on by the Academy. According to the Nobel website, "The names of the nominees and other information about the nominations cannot be revealed until 50 years later." 50 years? Really? Seems a little excessive to me. This isn't like some secret government file on UFOs or the JFK assassination. The people have a right to know!

The closest the people will get to that information is the list of top contenders as determined by international odds makers, Ladbrokes. In addition to Transtromer, the list included Haruki Murakami, Thomas Pynchon, Bob Dylan, Philip Roth, and a bunch more people you've probably never heard of. Better luck next year, guys!

Sounds intriguing, I'll have to look into him.

Joshua Chaplinsky from New York is reading Stories of YOUR Life October 7, 2011 - 9:16am

I guess these things are more exciting when it is an author you know and/or love. The Academy should totally fuck with everyone one year and give to award to Danielle Steele or something.