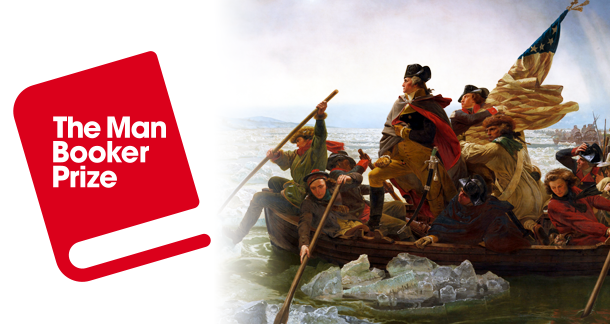 Some people don’t like change, that’s just natural. Then again, some would argue the British Isles (and the rest of the world) are already under assault by American books, movies and TV shows, colonising our heads through one medium or another. Now, rumor has it that the organisers behind the prestigious literary prize, the Man Booker, want to allow authors from the U.S. to be considered for the prize from next year, as “the organisers find the lack of US presence anachronistic”. Huh. Like the Pulitzer’s only open to Americans?

The reports have provoked mixed reactions, from both ends of the spectrum, despite the fact that literary director for the Booker Foundation, Ion Trewin, stated:

"It’s one of those subjects that’s always being discussed,” he said. “[But] at the moment we have no plans to start announcing some major change.”

That’s not stopping the speculation, of course, with a number of authors convinced it’ll change the nature of the prize while some, like previous winner Kazuo Ishiguro (1989 for The Remains of the Day), said he was in favor of the change.

"Initially I was rather ambivalent,” he continued. “It’s sad in a way because of the traditions of the Booker, and I can understand some people feeling a bit miffed, but the world has changed and it no longer makes sense to split up the writing world in this way.” Responding to fears that British authors may struggle to win the prize, Mr Ishiguro said: “I wouldn’t be so pessimistic. But if it turned out that way, you’d have to ask why.”

The Man Booker Prize was originally set up in 1968 as the Booker-McConnell Prize (after its original sponsor) and has seen a number of notables from Ishiguro to Salman Rushdie and Margaret Atwood to Iris Murdoch and JM Coetzee. Will this change the prize? Probably. Will it be for the better? If it stops Hilary Mantel winning the damn thing, I’m all for it.