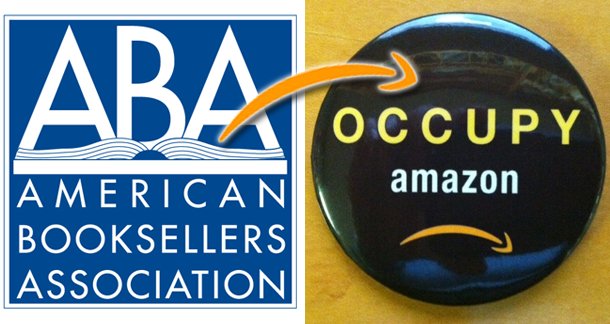 Bookselling is going through difficult times and one of the biggest problems for retailers is the market dominance of Amazon. This was highlighted in a recent criticism of President Obama by the American Booksellers Association, after the President used an Amazon depot as a backdrop for a speech on job creation. This has taken on a sharper edge as the CEO of the ABA has called for its members to fight the retail giant with negative publicity, highlighting its sharp business practices.

As the ABA Board and I wrote last week in a letter to the president, attempting to cast Amazon as a champion of local economies and a net jobs creator ignores the facts. Amazon is anything but a job creator. Studies by the Institute for Local Self-Reliance and others have shown that Amazon’s practices are detrimental to the nation’s economy. Indeed, macro analysis shows that for 2012 alone – using Amazon’s own numbers and its increase in sales – Amazon cost the U.S. economy more than 42,000 jobs.

The letter includes links to “resources”, mainly articles about how Amazon operates, working conditions at the company and even about the company’s founder, Jeff Bezos (primarily about his purchase of the Washington Post). It goes on to say:

All the materials linked… make clear that Amazon’s narrative of growth, value, and productive contribution to communities is highly distorted. These resources suggest that the real story is a combination of complex strategic machinations, brass-knuckles capitalism, and a myopic disregard for the consequences for any stakeholders save itself. As the company concentrates its power and influence in a nexus of commerce, government, and media, Amazon’s actions should drawn even more scrutiny. I believe it is our job to help encourage and promote that increased scrutiny.

It’s definitely fighting talk, but he makes a good point: that bookstores should be emphasizing “…the remarkable and invaluable contributions to your community that indie bookstores make every day.”

While I understand his viewpoint, Amazon’s not going away. Not now. For me the success of local bookshops is the things they do for my area and the “needs” they address that an online shop will never be able to. What do you think? Will Amazon continue to break the book selling industry or can the independents survive the competition? I think they can, but it’s not going to be an easy ride.