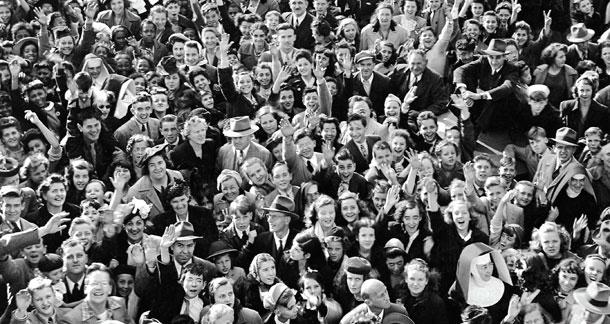 A new Harvard study makes the bold statement that the average ratings of books on Amazon are just as trustworthy as book reviews from professional critics. That means that for every reviewer who calls Don Quixote "mundane, vapid and worthless" or says Ulysses is a "monstrosity of hideous prose," there must be dozens more who can appreciate words that are not overlaid onto a picture of a cat. Encouraging.

The study, entitled "What Makes A Critic Tick?" found a "strong correlation between the quality of consumer reviews and the quality of expert reviews." It's that whole wisdom of crowds phenomenon at work. But more interesting are the (gasp!) biases the study found among professional critics. Namely, they tend to give higher ratings to books that have won major awards, authors who have received media attention, and authors who have some connection with the reviewer's media outlet, and lower ratings to first-time authors when compared with the general public.

With more than 85,000 new books published every year in the U.S. alone, getting your book into the hands of book critics at all is the first challenge. Even though the paper says that the Amazon.com reviews are a pretty good indication of how well experts will like a book, it found no connection between how much the public likes a book and how likely it is to be professionally reviewed. What it did find is that authors affiliated with a media outlet are 25 percent more likely to be reviewed by that outlet and the resulting rating will be roughly 5 percent higher.

To sum up: 1. Win awards 2. Get talked about by the press 3. Make friends with the press 4. Enjoy good reviews. Anybody surprised?

Not surprised at all. I have always thought that a book with a lot of ratings, or a movie for that matter, is more accurately rated than a critic's review. Individual biases tend to get washed out in the masses. The fact that they apparently review books from connected media outlets more often, and rate them higher, generates suspicion about their objectivity.

Ryan Edel from Chicago is reading Hunger Games, The Center Cannot Hold, Hiroshima in the Morning May 17, 2012 - 3:43pm

This makes a lot of sense to me.  When it comes to electronics, I've noticed that Amazon reviews tend to be far more thorough than any of the professional reviews - typically, ordinary people seem to find more problems with electronics, and this really helps show which computers/tablets/printers/etc are more user-friendly.  I think this also applies to books - yes, the professional reviewers might give a more thoughtful opinion in many cases, but it helps getting a range of perspectives.  I mean, just look at Twilight - there, at least, I think we can see some disconnect between critical reviews and public reception...

I also found Amazon reviews to be very helpful when trying to decide which anthologies to teach my creative writing students.  Good anthologies tend to receive pretty positive critical reviews, but the Amazon customers talked about how they felt about the collections, about how likely they were to read the entire book.  I think this gave me a much better idea of how my undergrads are likely to respond as they themselves read these books.  Fingers crossed, though - I'll be getting my desk copies later this summer, and then teaching these books in the fall...