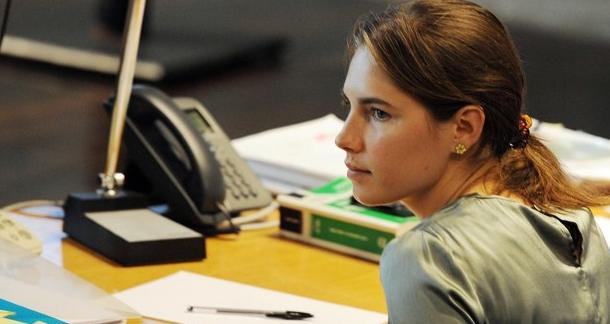 Via the New York Times:

Amanda Knox has been through a lot. She spent some of her best years behind bars in Italian prison, she's been condemned to the point of obsession by the Internet, and she was played in a Lifetime movie by Hayden Panettiere--all of which are quite traumatic. Exactly how much is all that trauma worth? Oh, about $4 million.

After her return to Seattle from Perugia, one of the first steps Knox took was to lock down publicist/lawyer Robert B. Barnett, who has also worked with the likes of Sarah Palin, Tony Blair, and Bill Clinton. Naturally, Amanda fits right in with those heavy hitters.

Many people in the publishing world wondered which house would sweep up this license to print money--because surely, this memoir about Knox's 2007 arrest and subsequent time in prison would be snapped up by both those who love and hate her, if only out of curiosity. And today, that question was answered--it's HarperCollins.

Knox took the cool $4 million for the rights and the planned memoir, but HC is definitely the big winner here. Sure, the 24-year-old won't have to worry about concealing her identity when she applies for a job in a coffee shop like the rest of her peers, but, because this is the first official, licensed Amanda Knox book, it's definitely going to bring in big revenue for the publisher.

I can't wait to see what she wears on her book tour.

I must take issue with the title of this piece. Ms. Olsen has no idea how much money I'm ever going to make. Why, my sex tape is going to be released any day now, and then, WATCH OUT!