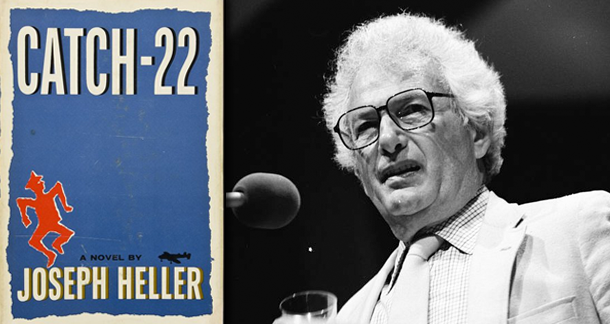 It’s not often that unpublished work by an author as famous as Joseph Heller turns up, but it does happen. Managing editor of The Strand  magazine Andrew Gulli seems to have made a bit of a career of it, having previously found lost or unknown work by authors like PG Wodehouse, Mark Twain and Agatha Christie.

The new story,   called  Almost Like Christmas , is a story “about the stabbing of a white man and a southern community's racist desire for revenge” which apparently was written sometime after the author came back from World War II, late 1940s or 1950s. Gulli said,

Heller was to a large extent a guy who saw through hypocrisy, greed, and the backward nature of a mob better than most writers – so it's no wonder that he turned his pen to a racist mob in a small southern town…It shares some parallels with Catch-22...The story speaks about the heartlessness of a mob and with Catch-22 Heller shows us how a bureaucracy can be heartless and unyielding. Heller might be called a cynical chronicler of the folly, vanity and brutality of mankind - unlike contemporaries like Kurt Vonnegut and Norman Mailer, whose works have dated, Heller's message resonates with people of all ages and I doubt it will fade away with time.

Interesting indeed. It’s also curious that his biographer, Tracy Daugherty described it as "uncharacteristic in lacking his signature satirical edge.” Nonetheless, it should prove interesting reading, don’t you think?