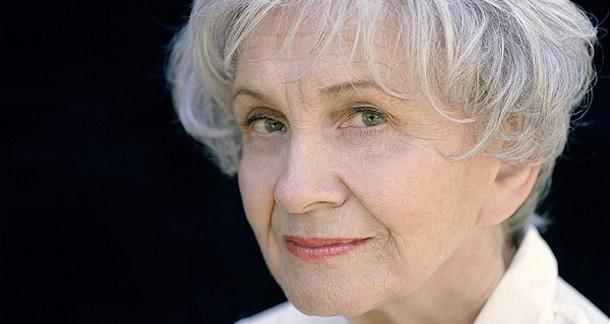 Canadian author Alice Munro, now 82, has announced she will not attend the Nobel Prize ceremony in Sweden, The Guardian reports, and thus will neither accept the £780,000 prize nor deliver the victory lecture in person.

Earlier this year, Munro had expressed a desire to retire from writing. She told the Canada National Post in June:

[It's] not that I didn't love writing, but I think you do get to a stage where you sort of think about your life in a different way. And perhaps, when you're my age, you don't wish to be alone as much as a writer has to be. It's like, at the wrong end of life, sort of becoming very sociable.

Other past winners were unable to attend, and special arrangements were made. For instance, Doris Lessing could not make it due to back troubles, so the Nobel Foundation moved the ceremonies to London and awarded the prize there. No word yet if the ceremonies will be moved this year, if someone will accept Munro's award in her honor, or if Munro will appear via video.

Joshua Chaplinsky from New York is reading a lot more during the quarantine October 22, 2013 - 9:52am

Bret Easton Ellis should accept on her behalf.

Dammit, Josh, you beat me to it! Touche for that.