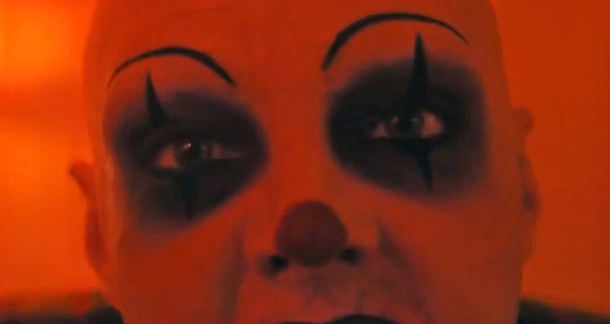 The man mountain that is Alan Moore and his creative associate Mitch Jenkins appeared at Gosh Comics in London recently to talk about their Unearthing project and revealed they’ve got another three short films in progress to add to Jimmy’s End and Act of Faith which were released in November.

Upon Reflection bridges the gap between Act of Faith and Jimmy’s End, while A Professional Relationship concentrates on a conversation between two of the characters, Metterton and Matchbright. Alan Moore had this to say about the third short, This Heavy Heart:

…remember the fuss with Kathryn Bigelow and Zero Dark Thirty? This is the lighter side of torture. A horrible torture scene but it’s kind of funny. It’s got blood boarding. Even the CIA didn’t think of that.

Hmmm… sounds like he said, horrible. Jenkins rejected comparisons with David Lynch’s work (while wondering where the clowns were in Lynch’s films) and said he “hopes people have a better chance of working out what’s going on” in his films.

I’ve got a lot of admiration for a mind like Moore’s that’s brought us some landmark ideas in the last thirty years, and it’ll be interesting to see these three shorts when they come out. Meanwhile, here’s the first two if you missed them.