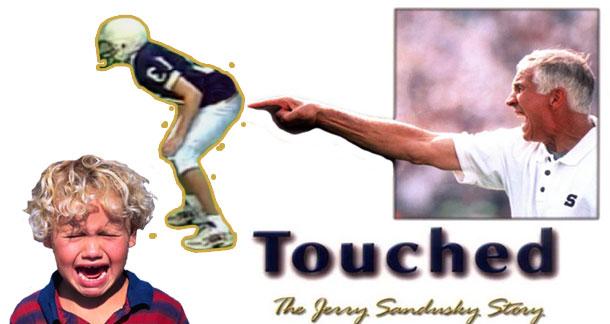 From the Department of You Can't Make This Shit Up: Jerry Sandusky, the retired assistant football coach from Penn State who has been accused of molesting dozens of boys, has a memoir on Amazon titled Touched.

Yes, really. Touched: The Jerry Sandusky Story was published in 2001. Only a "leather bound" copy, priced at $59.95, is currently listed for sale, but that seems to have been sold off.

Despite the lack of sellable copies, Amazon users are calling for it to be pulled from the store, lest Sandusky somehow see another dime from them. A slew of one-star reviews have popped up for the book today, including this one:

Mr. Sandusky is both a genius and a narcissist, which makes him the perfect predator. At no time was his narcissism more apparent than when he titled his book "Touched". I guarantee this coward will "off" himself, before he ever spends a day with the general prison population. I, for one, would like to see him spend the rest of his life locked up with the general prison population; then, perhaps he can write the sequel entitled "Touched II: Predator Becomes Prey".

Sandusky has two other books listed on Amazon, co-written with Cedric X. Bryant, on the topic of coaching linebackers.

But, yes. Touched. I don't even know where to begin. I'd make a joke, if not for the crushing depression inspired by this story.

If you haven't been paying attention, Sandusky allegedly used his position as a high-ranking college football coach and a founder of childrens' charities to molest and rape young boys. On Nov. 4, he was indicted in Pennsylvania on 40 counts of sex crimes.

If that's not terrible enough, school officials, from the University President on down to a gradate assistant WHO ACTUALLY WITNESSED SANDUSKY MOLESTING A CHILD, turned a blind eye to the coach's behavior.

Last night students at Penn State rioted when the school's head football coach, Joe Paterno, was fired. They felt he had been wrongfully terminated. For protecting a guy who was raping kids.

And then Ashton Kutcher got involved and made the whole thing worse.

I'm really struggling to write something clever to end this article, but I can't. This is just the worst thing I've read about in a very long time and it sucks on every level that it exists.

Sandusky will get his in the clink.

I attended Penn State for grad school, and I can tell you that football is EVERYTHING there. As a teaching assistant, I graded probably a hundred essays a year about how great Paterno was, how great football was, how proud the student was to be a Nittany Lion. Being the contrarian that I am, I poo-pooed such overt fanboy-ism, but I can see how something like this will really scar that community for a long time to come. Paterno gave MILLIONS to the school. The library is named after him. Sandusky coached numerous now-NLF players, Graham Spanier is quoted in just about everything college-related. The university is the only thing around there in central PA, a relatively poor area with not much else to get excited about excepted a state prison and Amish treats at the farmer's market.

But in all that idolatry, this disgusting thing was able to take place. Sandusky (and, yes, I read the grand jury report) is a predator of the worst kind who used his position in the good-ol-boys club as a sheild. And it worked for a long time. Protecting the veneer of Happy Valley (that's what the area where Penn State is located is really called, too) where boys became men on the football field with the whole community cheering them on was so important to the people with power there that they couldn't bring themselves to actually acknowledge what a terrible thing was happening right before their eyes. They mythologized themselves, and this is what they got. Shame.

I can't BELIEVE his book is called "Touched." It's so sick, that it's not even funny.

The title...the picture. Its revolting.

Joshua Chaplinsky from New York is reading a lot more during the quarantine November 10, 2011 - 5:16pm

If you're not following this story, things just keep getting worse.

I haven't been following this story at all - this is the first I've heard any of the details - and, well, sigh...

Joshua Chaplinsky from New York is reading a lot more during the quarantine November 11, 2011 - 10:28am 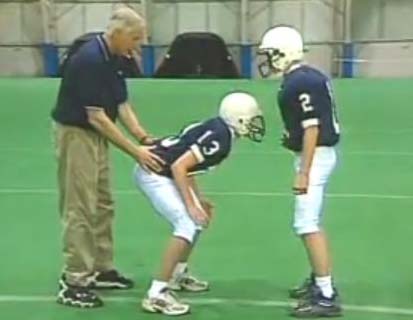 Instag8r from Residing in Parker, CO but originally from WV is reading Blood Meridian by Cormac McCarthy November 11, 2011 - 12:49pm

Joshua Chaplinsky from New York is reading a lot more during the quarantine November 11, 2011 - 12:59pm

It may be wrong, offensive, and disgusting but goddamn that is a funny title for his book!