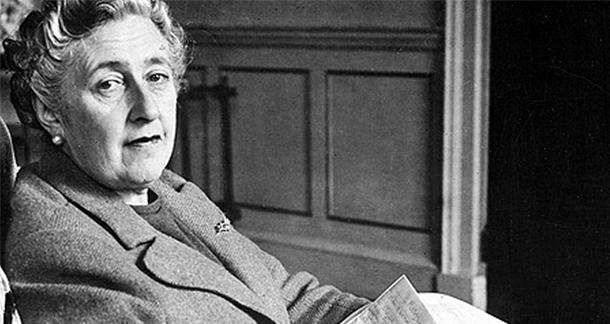 Agatha Christie is well-known for her superb crafting of mysteries—a trait that has led to a loyal following of readers who still to this day try to solve ‘whodunnit’ before Hercule Poirot or Jane Marple. And now, they may be able to do so … using math!

Academics have invented a formula to help the reader deduce the killer prior to the detectives in Agatha Christie’s works, reports The Guardian. The researchers studied 27 of Christie’s books, including such classics as Murder on the Orient Express and Death on the Nile. The panel of experts ultimately found that where the novel is set, the mode of transport, and method of the victim’s death all factor into solving the mystery.

“We were able to discover patterns emerging in several aspects of Christie's novels: trends formed when we grouped our data via year, detective, gender of culprit, motive, [and] cause of death,” Dominique Jeannerod, a member on the panel, stated.

Among the findings was that a large number of factors related to the gender of the killer. The panel discovered that if the victim was strangled, the killer was most likely male; if the setting was in a country house, there was a 75% probability that the killer was female. While male killers were uncovered through means of information or logic, female killers were more often found out through the discovery of a domestic item.

Brett Jacob, a data analyst and panel member, stated that “from a reader’s point of view, the killer can be identified by looking at key characteristics associated with the novel.” Jacob pointed out that these characteristics could include the relationship between killer and victim, along with the primary mode of transport used throughout the novel (female killers preferred land travel, while male killers gravitated toward nautical or air travel).

“The method of killing and the detective in the novel also point to the sex of the killer,” he went on to say. “By bringing all of these together, you can build a picture of the killer’s identity and so discount characters from the group of suspects, finally leaving the reader with the most probable identity of the killer.”

The 'whodunnit' equation, along with the formula for success, can be found here. Next time you read an Agatha Christie novel, will you attempt to solve the mystery using math, or will you be sticking with some good, old-fashioned gumshoe skills?