A Tale Of Two Gothams: Charles Dickens Cited As Source For The Dark Knight Rises 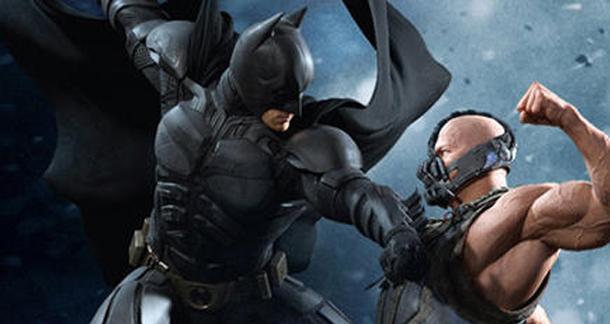 With buzz for The Dark Knight Rises reaching full steam, the film's crew just released the biggest spoiler imaginable: the movie's plot—which is apparently sourced from the classic 1859 Dickens novel A Tale Of Two Cities. The film's director, Christopher Nolan, was quoted at a recent press conference discussing the similarities between the book and the screenplay.

"When Jonah [Jonathan Nolan] showed me his first draft of his screenplay, it was 400 pages long or something. It had all this crazy stuff in it. As part of a primer when he handed it to me, he said, 'You've got to think of A Tale of Two Cities which, of course, you've read.' I said, 'Absolutely.'

I read the script and was a little baffled by a few things and realized that I'd never read A Tale of Two Cities. It was just one of those things that I thought I had done. Then I got it, read it and absolutely loved it and got completely what he was talking about... When I did my draft on the script, it was all about A Tale of Two Cities."

Since I don't have several hundred dollars to spend on opening night tickets via eBay, I might just have to read some Dickens to fill the Batman-shaped void in my life. Wanna read Two Cities for free? As it's old enough to qualify as public domain, you can pick it up here.

JEFFREY GRANT BARR from Central OR is reading Nothing but fucking Shakespeare, for the rest of my life July 10, 2012 - 6:48pm

Isn't Dickens a source/inspiration for most western literature?

Now I want to see this movie.