90s Video Game Based On Harlan Ellison Story Gets Re-Released 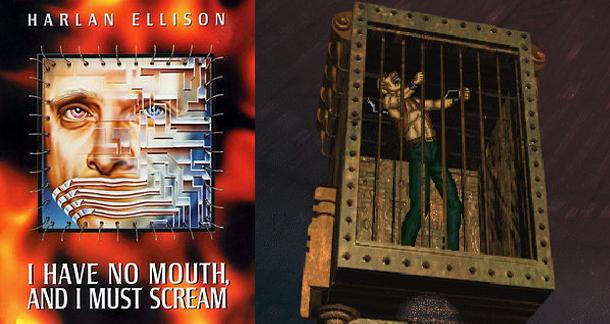 Back in 1995, Harlan Ellison and game developers The Dreamers Guild released the point-and-click adventure I Have No Mouth And I Must Scream, based on the author's 1968 Hugo award-winning short story of the same name. It was available on both Mac and Windows operating systems, and was generally well-received. Despite this, the game went out of print, and quickly fell into obscurity.

That is, until now. Good Old Games, a purveyor of lost and nostalgia-inducing titles, in conjunction with Night Dive Studios, have acquired the license to distribute IHNMAIMS as a digital download, allowing you to play it on your Windows-based PC (sorry, no other operating systems are supported). Here's a bit more about the game from Gaming Illustrated's Jonathan Anson:

Mixing science fiction and horror, [IHNMAIMS] tells the story of AM, a sentient and insane super computer in the center of the earth. Enraged at its human creators, the super computer eradicates all human beings on earth save five individuals. Torturing the five continuously for 109 years, AM eventually challenges the five to confront their innermost struggles as a means to amuse itself…In following with GOG’s policy, the game will be fully DRM-free and totally optimized for play on modern operating systems. The game is also bundled with extras which include the official manual, the game’s soundtrack and a PDF document which details the making of the game.

Ellison himself provides the voice of AM, and the score was composed by John Ottman (X-Men, Superman Returns, Pumpkin). You can hear a bit of Ellison's narration in the trailer below:

Looks pretty cool. I hadn't heard of this game previously, but in the comments section of the page, it's pretty clear a lot of people are excited for its return. How about you?

I've been wanting to play that for a while.

I am very excited.