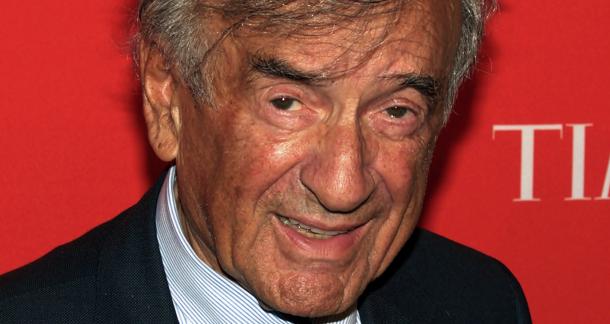 Just days ago we lost writer and activist Elie Wiesel.

In honor of his passing, we present 5 remembrances.

1. Wiesel's Nobel acceptance speech from 1986 contains a number of gems, but this one really stands out:

We must always take sides. Neutrality helps the oppressor, never the victim. Silence encourages the tormentor, never the tormented. Sometimes we must interfere. When human lives are endangered, when human dignity is in jeopardy, national borders and sensitivities become irrelevant. Wherever men or women are persecuted because of their race, religion, or political views, that place must – at that moment – become the center of the universe.

2. Wiesel and his family were deported to Auschwitz when Elie was 15

His mother and youngest sister died in Auschwitz. Elie and his father were moved to Buchenwald where Elie's father was killed a short time before the camp was liberated.

3. Although best known for his book 'Night,' Wiesel published 57 books in his lifetime.

That's quite an impressive output.

4. In a New York Times essay titled "Art And The Holocaust: Trivializing Memory," Wiesel spoke out against the dramatization of the Holocaust and its use in fiction:

Why this sudden explosion of nudity as a backdrop for the Holocaust? What by any rule of decency ought to remain unexposed is exposed to shock the television viewer. Naked men. Naked women. Naked children. And all of them made up with ketchup and paid to ''fall'' into the ''mass graves''. How can one explain such obscenity? How can anyone justify such insensitivity? In the Jewish tradition, death is a private, intimate matter, and we are forbidden to transform it into a spectacle. If that is true for an individual, it is six million times more true for one of the largest communities of the dead in history.

5. A quote from his memoir 'One Generation After':

A miserable crust of moldy bread came to contain more truth, more eternity than all the pages of all the books put together.

What are your memories of Wiesel?