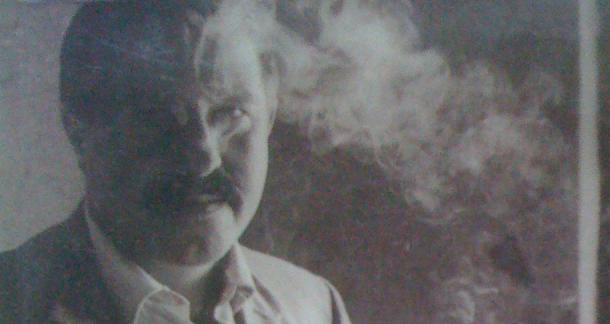 As a tribute to author Günter Grass, who passed away yesterday, here are five things to remember him by.

1. Grass was a member of the Waffen-SS during World War II:

What I had accepted with stupid pride of youth I wanted to conceal after the war out of a recurrent sense of shame. But the burden remained, and no one could lighten it.

Once again, it is Germans who are designing and producing poison gas factories. This is where you really see the German danger. It isn’t nationalism, and it isn’t reawakened neo-Nazis. It is simply the unchecked lust for profit.

3. Grass was born in the Free City of Danzig

Yeah, that's a place. Not a concept album by Glenn Danzig.

4. A short list of bizarre elements in Grass' popular The Tin Drum:

A young boy decides to remain a young boy physically, and does. The same young boy is able to shatter glass with his voice. He also joins a troupe of dwarfs who travel and entertain German troops. Severed finger. Insane asylum.

5. In Grass' final, prescient interview, he talked about his worries of war, climate change, and overpopulation:

All of this together makes me realise that things are finite, that we don’t have an indefinite amount of time.