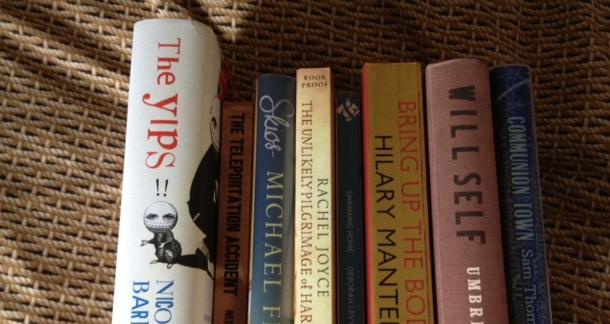 If literary awards have one clear use, it's to hype up quality books, no matter how popular the author is. A high profile prize can be a feather in the cap of a literary veteran, or it can launch the career of an unknown.

One of the most reputable awards is the Man Booker, which rewards the best original novel written in the English language by a citizen of the Commonwealth Nations. Last year, they rewarded British author Julian Barnes for The Sense Of An Ending. The committee, presided over by Peter Stothard, editor of the Times Literary Supplement, recently released this year's short list.

There sure are some surprising choices in that list, given that last year the judges were prioritizing "readability" in their selection. Will Self's novel is a prime example. It's a 400 page, chapterless, stream-of-consciousness book about a mental hospital patient. But he's not the only wildcard. Narcopolis was written by an Indian "performance poet" (not too sure how different that is from a straightforward poet) based on his experiences in Mumbai Opium Dens.

It's an agreeable surprise to find two debut novels, three independent publishers, and only two previous nominees and one previous winner, Hilary Mantel (who won in 2009 for Wolf Hall) on the list. Authors like Tan Twan Eng and Jeet Thayill, not as well known as Mantel or Self, can now put a prestigious Man Booker nomination on their resume. This should get them some much deserved attention.

10 Things I Did Right As a Debut Novelist

Joshua Chaplinsky from New York is reading a lot more during the quarantine September 12, 2012 - 3:03pm

I like Self. Umbrella sounds interesting. So does Narcopolis.

I may like "Bring Up the Bodies" even more than I liked "Wolf Hall," but I doubt they'll give it to Mantel twice.

Going to check out Umbrella, methinks.

Matt Pucci from Milton Keynes, England is reading The Natashas, by Yelena Moskovich September 13, 2012 - 1:58am

I tried Umbrella. Wasn't ready for it at the time but Will Self is on another level in terms of his ambition and general wordsmithery...