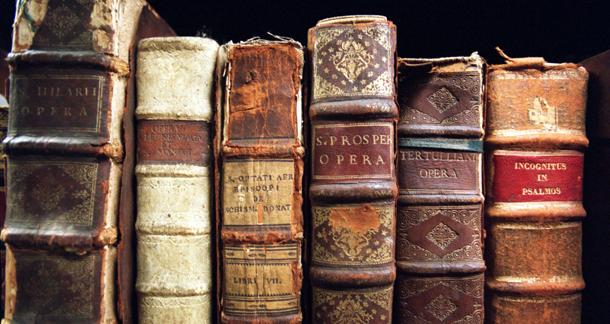 AbeBooks.com, which deals in used and rare books (and where I found a very rare copy of A Clockwork Orange for my wife a few years ago), released a list of their biggest book sales for the year. And even though eBooks are apparently all the rage, people are still willing to shell out some serious cash for physical books.

The biggest sale, at $51,739, were first-edition copies of the three volumes that make up Karl Marx's Das Kapital, first published in 1867. And considering the book is a criticism of capitalism, that's like irony or something!

The most expensive sale of a modern first was a first-edition copy of Harper Lee's To Kill A Mockingbird, which went for $25,000.

And the biggest young-adult sale was a set of seven deluxe Harry Potter novels, signed by J.K. Rowling, inscribed to some dude named 'Hugh.' Going price: $11,791.

It's a cool list, and you can check out the whole thing at this link. This is also a good time to visit your older relatives and see if they have any first edition hardcovers lying around...

I picked up a hardcover, first edition copy of Rules Of Attraction from a peddlers mall or whatever you want to call them. Not bad for 2 dollars though.

The house I moved into this year had a room full of old books left by the former (now deceased) owner. The landlady isn't a book person so she gave me free reign on them. Whatever I want to keep is fine as long as I clean out the room. I found the full set of "The Complete History of the Roman Empire," and a few short story collections. Win. :)

Class Director
Rob from New York City is reading at a fast enough pace it would be cumbersome to update this December 28, 2011 - 2:31pm

If any of them are first editions with the dust jacket intact, you should do some research and see if they're worth anything.

My father-in-law recently told me that he's got some old Rex Stout books lying around in the attic of our house. I need to find them; my boss said the right kind of copies could go for up to $25,000 per. And then that's the last you fuckers will see of me around here.

Kidding. I love this place. But I would love being rich more.