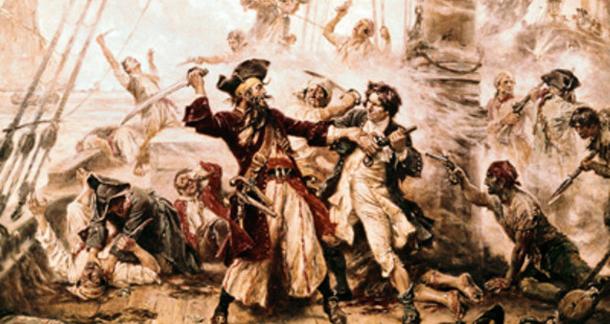 An alliance of 17 publishers, including HarperCollins, The McGraw-Hill Companies and Oxford University Press, is waging war against two websites based in Ireland accused of pirating books.

Both www.library.nu and www.ifile.it were served with court orders yesterday. As of a little while ago, library.nu was a dead link and ifile.it had a message prohibiting anonymous uploads, and asked visitors to sign up for an account. I don't know if that's what it's supposed to look like. I imagine not?

Apparently, book pirating is a lucrative business. The complaint site stated that library.nu illegally acquired more than 400,000 copyrighted eBooks, made them available for free, and earned more than $10 million in advertising revenue from the site.

This is only one battle in a bigger war. According to Tom Allen, president/CEO of Association of American Publishers:

For every rogue site that is taken down, there are hundreds more demanding similar effort.  I can’t think of a more timely example of the need for additional tools to expedite such action.

You know, this whole process would be a lot easier if we could just shut down sites hosting pirated material. Someone should pass a law...

Seriously though, Allen is right. As long as there are things for sale on the internet, there will be people who will steal those things and give them away for free. I've heard, from a number of places, that one way to cut down on the pirating of eBooks is to offer them at cheaper price points.

Digital Piracy Is the Best Thing to Ever Happen to Us, Said No Writer, Ever. 6 Reasons It's a Bigger Threat Than You Think

IT 'BOUT TO GET ALL RANTY UP IN HURR:

Well, SOPA is definitely not the answer.

I wonder if that is part of the reason HarpersCollins pulled their e-books though?

I have kind of an odd view on the matter that is probably horrible to publishers, but maybe appealing to authors. The thing is that there are always going to be poor people that won't buy a book even if it is 99 cents, or quite frankly don't know if a writer is worth that yet.

When it comes down to it, people are going to find a way to pirate anything, but if it is getting your work out there, and people are interested in you. Well, does it really hurt you?

My Kindle is mostly filled with books that were at one time given away for free by the authors themselves on special promotions, and there really isn't much difference in that and those that pirated it. Nobody made a profit, but they got themselves out there and maybe got some new fans, or reviews on a store page.

And while I believe people should be compensated for their hard work, word of mouth is a far bigger friend than money, and if you rake in so much money that those pirated downloads equal a monstrous amount of value...Well, you're probably not in this for the right reasons anymore.

That said, I believe the future will have things that are far greater than companies just complaining and the government trying to censor the net as a solution. We are already seeing it experimented with in the Kindle Lending Library.

What I would be interested in seeing is a giant library with a function similar to Spotify(The worlds greatest music software in my eyes) that paid writers a small flat rate for the amount of their pages read. In Spotify songs have a popularity rating and artists are given a small flat rate. At first I'm sure artists didn't like the idea, but when they saw the Spotify rates replace some of the lost profit margins from piracy, well they are changing their mind about it.

Some companies only see in dollars and decimals, not through the eyes of a regular person. I would like to see those profit loss records somehow lined up with people who have already bought the book in some format and lost it, or ruined it. Chances are some of them have, and wouldn't have bought it again anyway. While all this is debatable, these are some of the things that aren't dealt with on the subject.

Another issue is one of encryption, grant it somebody out there can break it, but why is it that I can buy a book in any e-format and it can be put on my computer, then uploaded to any rogue website ready for other device users to download? When retailers and publishers make it that easy, no wonder they are losing out. Maybe a one time use serial key for each users purchase and the file can't open without it? It is not a perfect system, software that uses it has ended up pirated by experienced hackers anyway, but it seems more sane to try it than throw the books out there without a system in place and be like: "Oh God, why are they stealing it?!!"

What I predict that we'll see is a huge change within the book business in how the pages are delivered to the reader. We're already seeing it with all this print vs. e-format, published vs. indie kind of stuff. There has to be a better system that profits for everyone. Otherwise, there will just be more complaining companies and more capitalistic empire controlled government bribary to crack down on people that don't like the current one.

Come to think of it, I don't think I've pirated a single song since the introduction of Spotify. Now just if the music industry would spend less millions on fighting piracy and use it to support such programs, along with Spotify allowing unsigned artists to present their work through them, it would be a perfect system. One that every part of the entertainment industry could learn from.

Book Pirates...reminds me of the Reading-Is-Fundamentalists scare of the late 1990s...

Hannah Kincade from Minnesota is reading Splintered February 16, 2012 - 9:43am

My local library has just begun loaning ebooks and it's a fantastic way to read books you want for free. I think this idea should grow like an amazing book fungus.

I like what Hannah says about loaning ebooks but it would be nice to have this in a global scale. This would probably be feasible if the users paid a very small amount (something like $0.50 per download or $20 per year for unlimited downloads). A nice article promoting this idea is: Free knowledge- The aftermath of library.nu